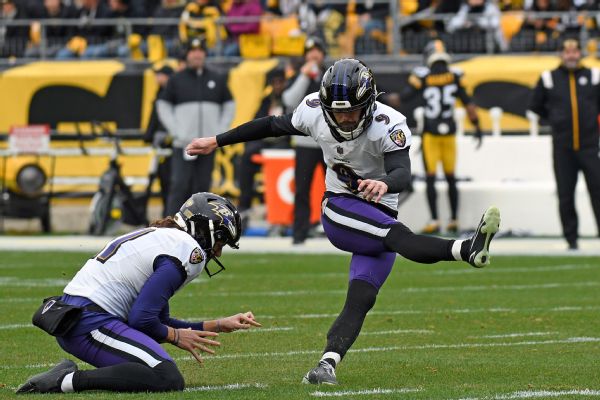 PITTSBURGH — Justin Tucker, the NFL’s most accurate kicker, added another title to his already distinguished career.

The 33-year-old Tucker is a five-time first-team All-Pro after going undrafted in 2012.