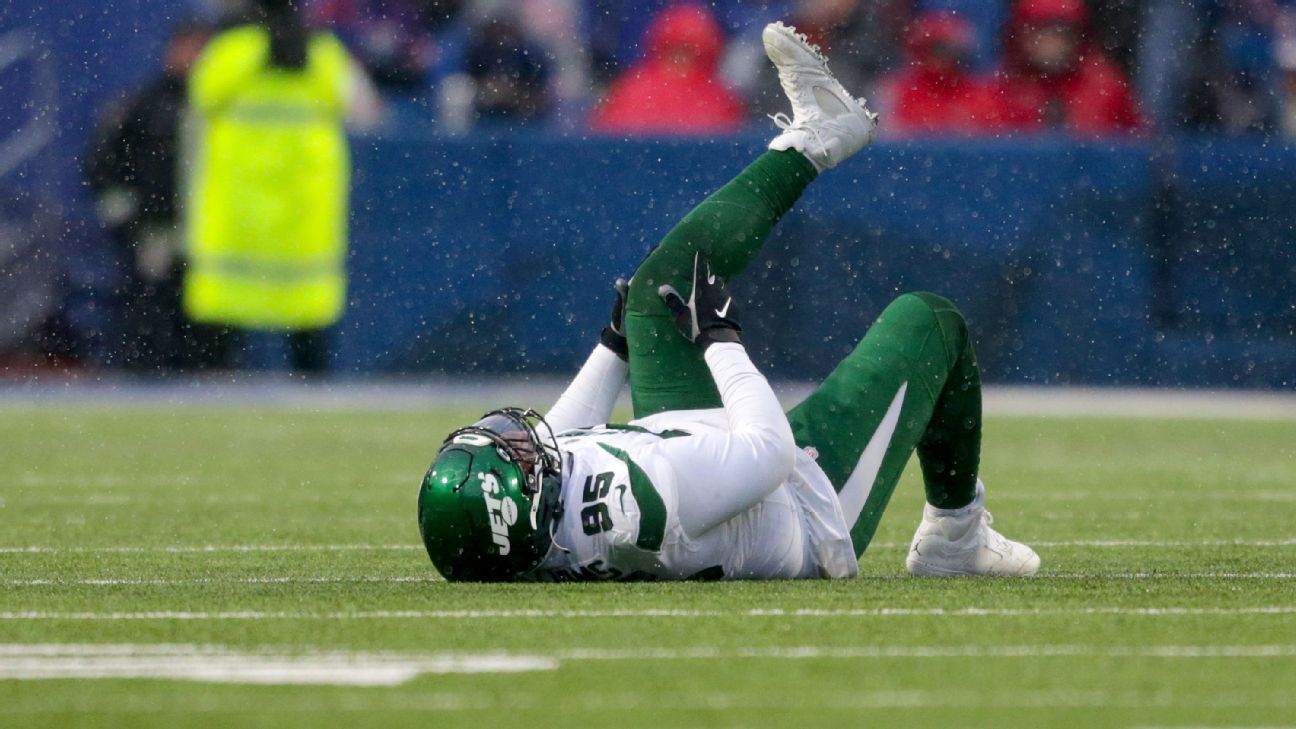 ORCHARD PARK, N.J. — New York Jets defensive tackle Quinnen Williams, in the midst of a career year, injured his left calf in the second quarter and didn’t return to Sunday’s game against the Buffalo Bills.

Williams was hurt on a noncontact play with 8:24 left in the quarter. He got up and started walking off on his own but stopped abruptly to clutch his left leg. After several minutes in the medical tent, he limped to the locker room and was eventually ruled out.

The Jets also lost starting wide receiver Corey Davis to a game-ending concussion in the first quarter. He was hit on a third-down reception over the middle. Denzel Mims replaced him.

Williams was having a dominant game at the time of the injury. He already had two sacks, his 10th and 11th of the season, to become the first Jets player since Muhammad Wilkerson in 2015 (12.5 sacks) to have double-digit sacks in a season.

The Jets have made a dramatic improvement on defense this season, and one of the big reasons is Williams, the third overall pick in 2019. The Jets have plenty of depth on their defensive line, but they don’t have anyone of Williams’ caliber. He often draws two blockers, creating one-on-one matchups for teammates.