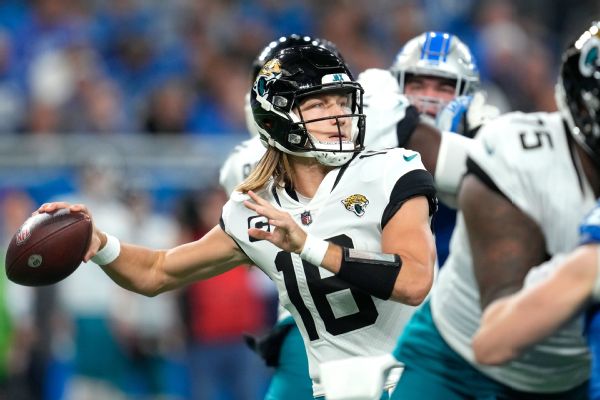 Lawrence was hurt when he was sacked on the final play in the first half of the Jaguars’ 40-14 loss to the Detroit Lions at Ford Field last Sunday. He returned to the field in time for the team’s first drive of the second half and finished the game, but he did not practice Wednesday or Thursday.

He did practice on Friday and told reporters afterward that he was feeling good.

Lawrence hasn’t missed a start since the Jaguars took him with the No. 1 pick in 2021 NFL draft. He has thrown for 2,834 yards and 17 touchdowns with six interceptions this season.

Receiver Zay Jones (chest) and safety Andre Cisco (shoulder) are also questionable to play against the Titans. Linebacker Chad Muma (ankle) is out.