I’ll have to live with missed penalty 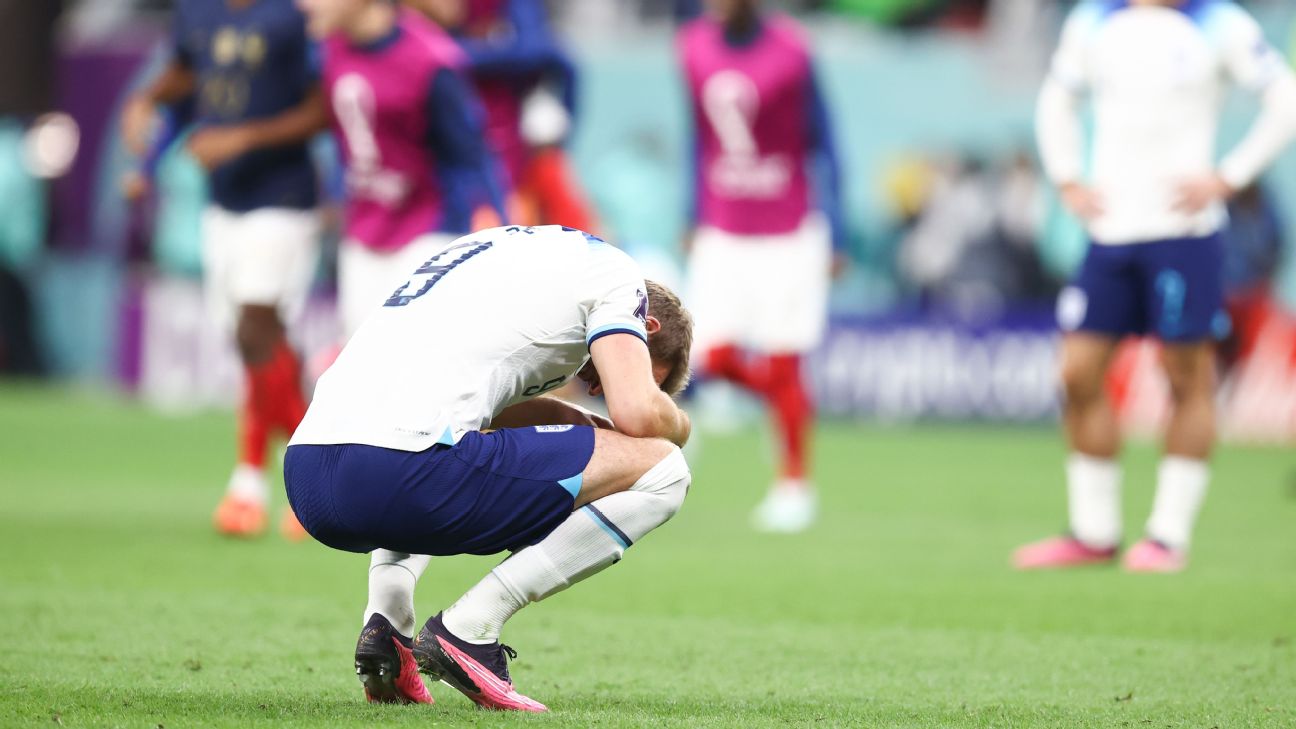 England skipper Harry Kane said he will have to live with the penalty miss that condemned his team to a World Cup quarterfinal exit against reigning champions France on Saturday.

The striker had drawn his side level in the Al Bayt Stadium with a successful spot kick that saw him match Wayne Rooney’s record haul of 53 goals for England.

He then had the chance to make it 2-2 late on after Mason Mount was barged over by Theo Hernandez in the area but this time he blazed his effort high over the crossbar.

After the final whistle Kane dropped to his haunches and stared at the ground before walking tearfully away to be comforted by England manager Gareth Southgate following their 2-1 loss.

“I’m not someone who thinks too much about it, I prepare the same whether I get one penalty or two penalties in a game,” Kane said about facing his Tottenham Hotspur teammate Hugo Lloris from the spot for the second time.

“I can’t fault my preparation or the detail before the game, it didn’t feel any different. I felt confident taking it but didn’t execute it the way I wanted to.

“Of course it’s something I will have to live with and take on the chin. But all we can do is be proud of each other and know that the team is in a really good place for the future.”

Kane’s miss will be added to some infamous England penalty failures at major tournaments with the likes of Southgate, Chris Waddle and Stuart Pearce all haunted by them, although theirs all happened in penalty shootouts rather than in regular play.

“As you’d expect he’s very, very low, but he has nothing to reproach himself for,” Southgate said of Kane. “We’re in a position we are as a team because of his leadership and goals.”

Kane’s converted spot kick in the second half was his fourth successful conversion at World Cups, not including shootouts — more than any other player in World Cup history.

France’s victory means they will play Morocco in the semifinals after pulling off a historic win over Portugal earlier in the day.

I’ll have to live with missed penalty