‘I still think about it’ 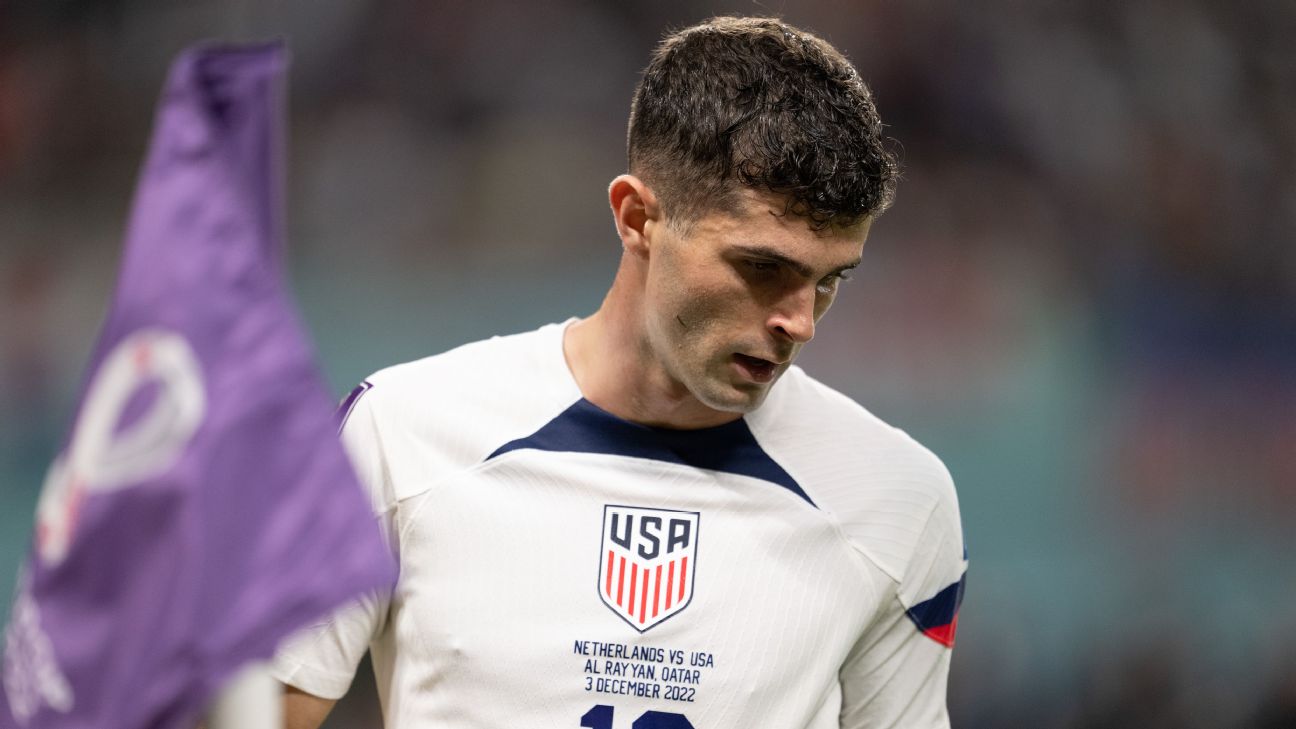 United States talisman Christian Pulisic has said he is still haunted by the memory of a chance he missed against Netherlands in their World Cup round-of-16 clash.

Gregg Berhalter’s side crashed out of the tournament in Qatar after a 3-1 loss to the Dutch, but Pulisic had an opportunity to put them ahead in the third minute.

The Chelsea forward’s shot was saved by Andries Noppert when he was one-on-one with the Netherlands keeper, and he has now opened up for the first time about the lasting effects of that miss.

“Had I finished that chance, the game goes differently,” Pulisic said on US teammate Tim Ream‘s “Indirect” podcast.

“I would love that back. I still think about it. It’s a learning experience. I think there’s a reason why it didn’t go in, things happened the way it did. It all happens for a reason.”

Memphis Depay opened the scoring for Netherlands in the 10th minute before Daley Blind added a second just before half-time. Haji Wright pulled one back for the US late on but Denzel Dumfries‘ 81st-minute finish sent them home.

Pulisic, 24, scored in a 1-0 win against Iran in the group stage which secured the US team’s qualification for the knockout rounds, while they also held Wales and England to 1-1 and 0-0 draws in Qatar.

Pulisic said this year’s World Cup would prove to be a formative experience for the side ahead of the 2026 tournament, which will be hosted by the US, Mexico and Canada.

“I think my most significant takeaway would just be the experience that a lot of this team now has under their belt,” Pulisic added.

“I knew we had a strong team, and once everyone kind of came together, you could see that. And also now with the World Cup in the States next time around, I think these experiences are so important.”

‘I still think about it’