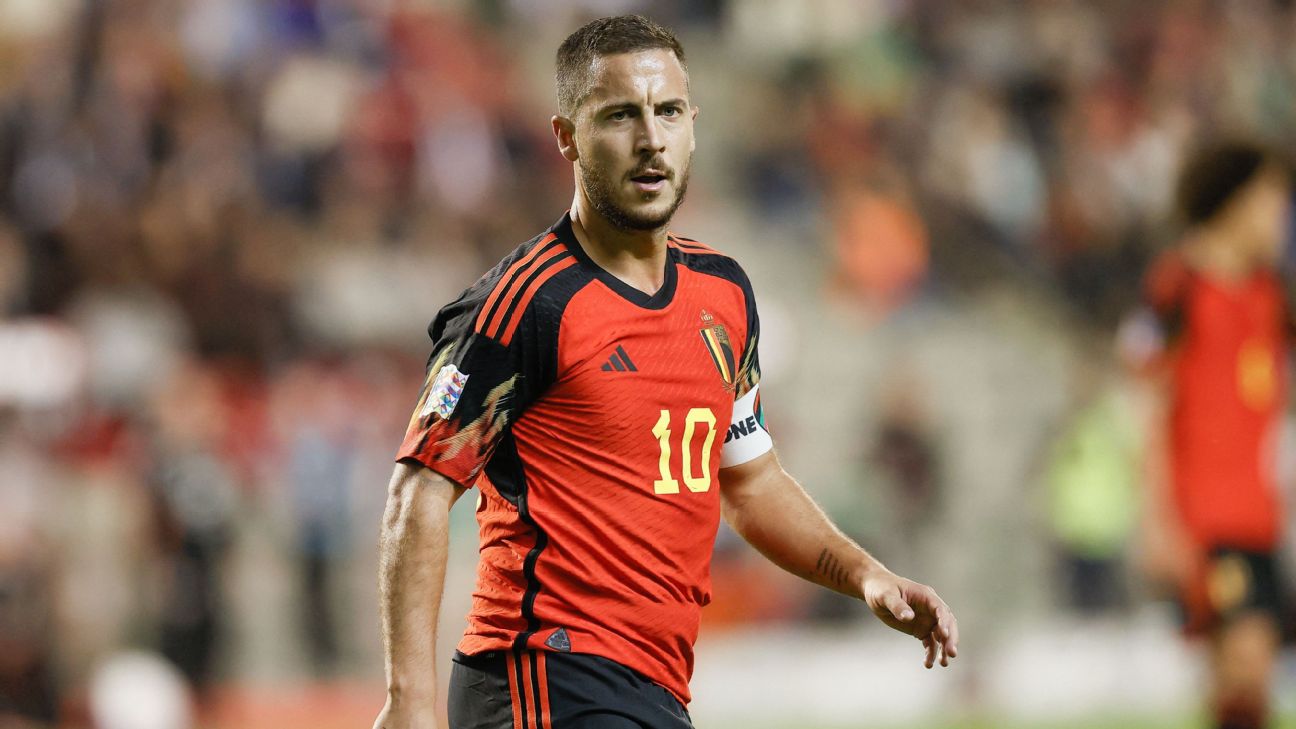 Belgium skipper Eden Hazard said his country need to win the World Cup in Qatar to justify the “golden generation” tag they have carried for the past 10 years as they look to deliver the country’s first major trophy.

The 31-year-old Real Madrid forward has captained Belgium since 2015 and will participate in his third World Cup, hoping to go further than their third place at Russia 2018.

“I have to set the bar high. I’m going to try to do better than in 2018. It’ll be tough because that was already pretty good,” Hazard told FIFA on Monday. “I’m fortunate to be the captain of a great team and a big footballing nation, and so we owe it to ourselves to have high expectations.”

A generation of top players representing some of Europe’s biggest clubs like Hazard, goalkeeper Thibaut Courtois, Kevin De Bruyne and Romelu Lukaku have given hope to a nation of almost 12 million people that they can win a major trophy at last.

“There’s always talk of the ‘golden generation’ but there’s some truth to it. We’ve spent almost 10 years together. Now we’ve got young players starting to come through,” Hazard said.

“Of course, we’ve got an incredible generation of players, but we still haven’t won anything. If we really want to earn that ‘golden generation’ nickname, I think that’s the one thing we still need to do.

“Our collective experience has definitely helped us in previous tournaments, so I hope that it will continue in the same vein for some time yet.”

Belgium kick off their campaign against Canada on Nov. 23 before facing Morocco four days later and Croatia on Dec. 1.