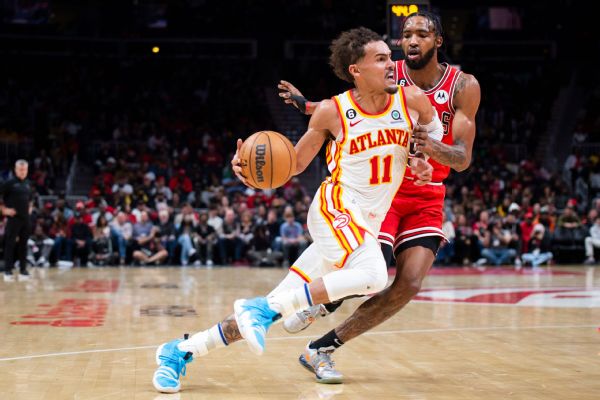 NEW YORK — Hawks guard Trae Young was fined $25,000 by the NBA on Monday for throwing the game ball into the stands a day earlier following an overtime victory against the Chicago Bulls in Atlanta.

“Sorry to the hawks fan(s) who got a chance to touch the game winning ball. Didn’t know I couldn’t do that,” Young wrote in a tweet Monday. “Can’t Celebrate s— anymore.”

Chicago’s DeMar DeRozan sank three free throws with 0.5 seconds remaining in overtime to give the Bulls a seemingly safe 122-121 advantage.

But Atlanta’s AJ Griffin took sideline alley-oop pass from Jalen Johnson and scored on a turnaround jumper with Derrick Jones Jr. defending to give the Hawks a 123-122 victory.