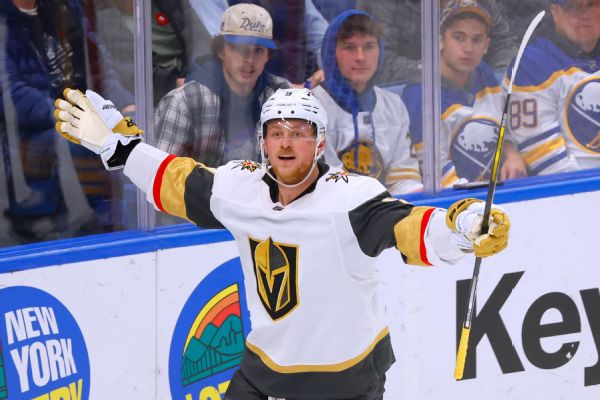 The designation means Eichel must miss at least seven days dating back to when he couldn’t physically play.

Eichel has missed three of the past four games. He played in Friday’s 2-1 overtime victory over the Philadelphia Flyers but was out of the lineup in Sunday’s 3-1 loss to the Boston Bruins.

Eichel leads the Knights with 13 goals and 29 points, and his 16 assists are third.

His injury is the latest blow to the Knights, who lead the Pacific Division with 41 points.

Defensemen Shea Theodore (lower body) and Alex Pietrangelo (family illness) are out, and another blue-liner, Zach Whitecould, went out Sunday with a lower-body injury.

The Knights, who play at Winnipeg on Tuesday night, are expected to announce roster moves later Monday.

Vegas acquired Eichel in November 2021 in a high-profile trade with the Buffalo Sabres. He was drafted second overall by the Sabres in 2015 but got into a dispute with the team over what kind of surgery he should undergo for a herniated disk, which ultimately led to his departure.

Vegas agreed to let Eichel have artificial disk replacement, which no NHL player had undergone to that point. After recovering from the procedure, Eichel made his debut in February for the Knights.