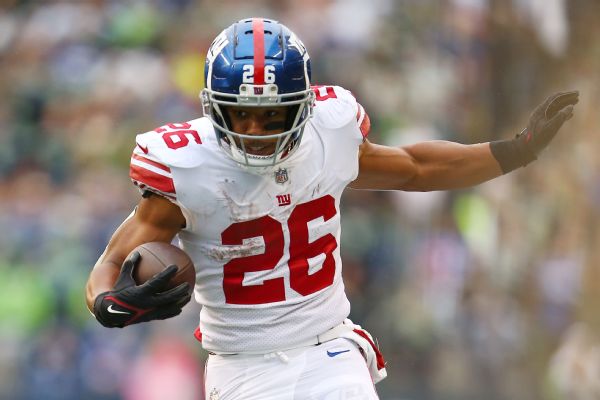 The New York Giants are describing running back Saquon Barkley as a “legit 50-50” for Sunday’s game against the Philadelphia Eagles and want to see how he feels in pregame warmups before deciding whether he will play, sources told ESPN’s Adam Schefter on Saturday.

Barkley, who is listed as questionable because of a neck injury, appeared on the injury report for the first time on Thursday. He was listed as a limited participant in practice Thursday and Friday.

Giants coach Brian Daboll said this week that the injury did not occur during Wednesday’s practice, when Barkley was listed as a full participant.

Barkley, who is the NFL’s fourth-leading rusher with 1,055 yards, brushed off any injury concerns when he talked Thursday, describing it as being late-season soreness.

If Barkley cannot play, the Giants would turn to Matt Breida and Gary Brightwell.