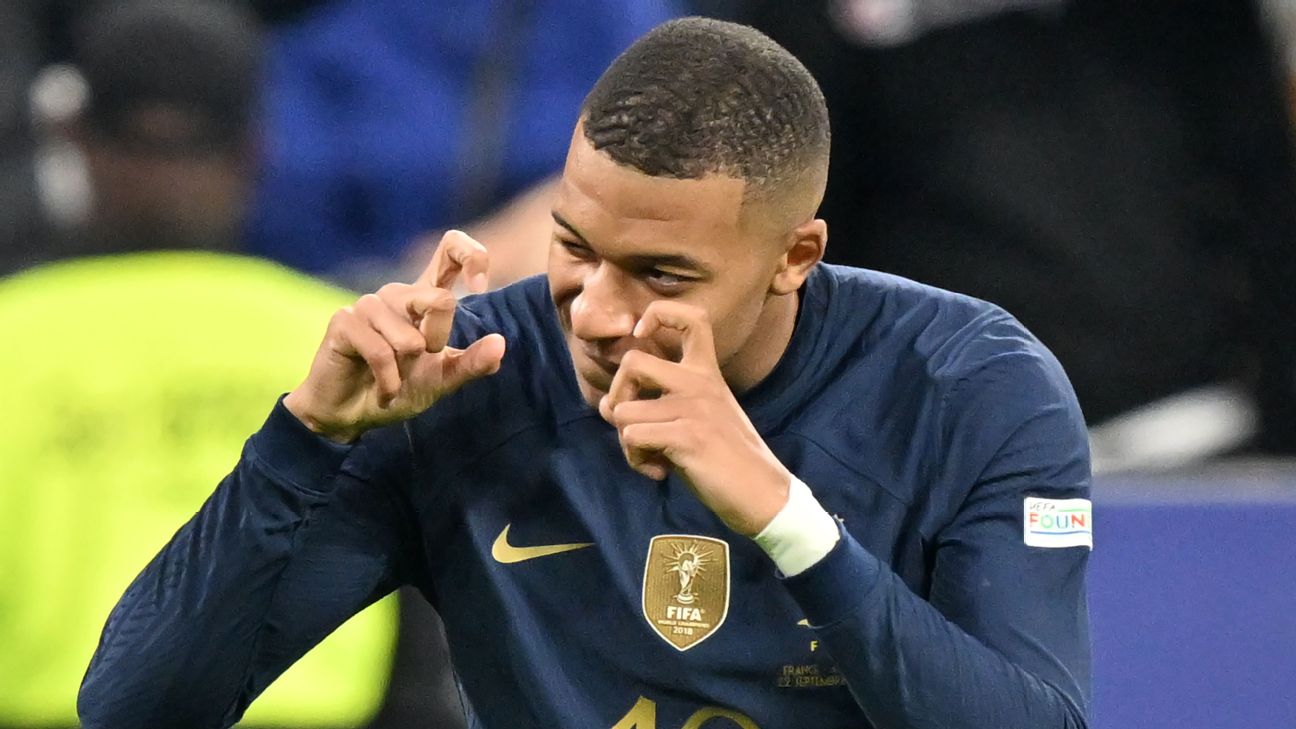 ESPN reported on Monday that Mbappe refused to participate in a team photo and sponsor activities scheduled this week because he does not want to endorse some brands, including fast food chains and betting companies, under contract with the national team.

Mbappe’s stance was supported by senior players in the squad, including goalkeeper Hugo Lloris and defender Raphael Varane, who were included in a meeting with the FFF before training on Monday and lead to the federation deciding to review its agreement on players’ image rights.

“[The group] has always been behind me,” Mbappe said after France defeated Austria 2-0 in the Nations League on Thursday. “From the beginning, it was a collective move.

“It’s just that I don’t have any problem going to the front of the stage, fighting for my teammates. As I said, it’s not a big deal to take criticism. I’m used to it.

“It’s not going to change the way I play, or the way I live my life, and if it can help the group get what they want, that’s the main thing.”

On Sunday, France will face Denmark in their final match before the World Cup, which begins in Qatar on Nov. 20.