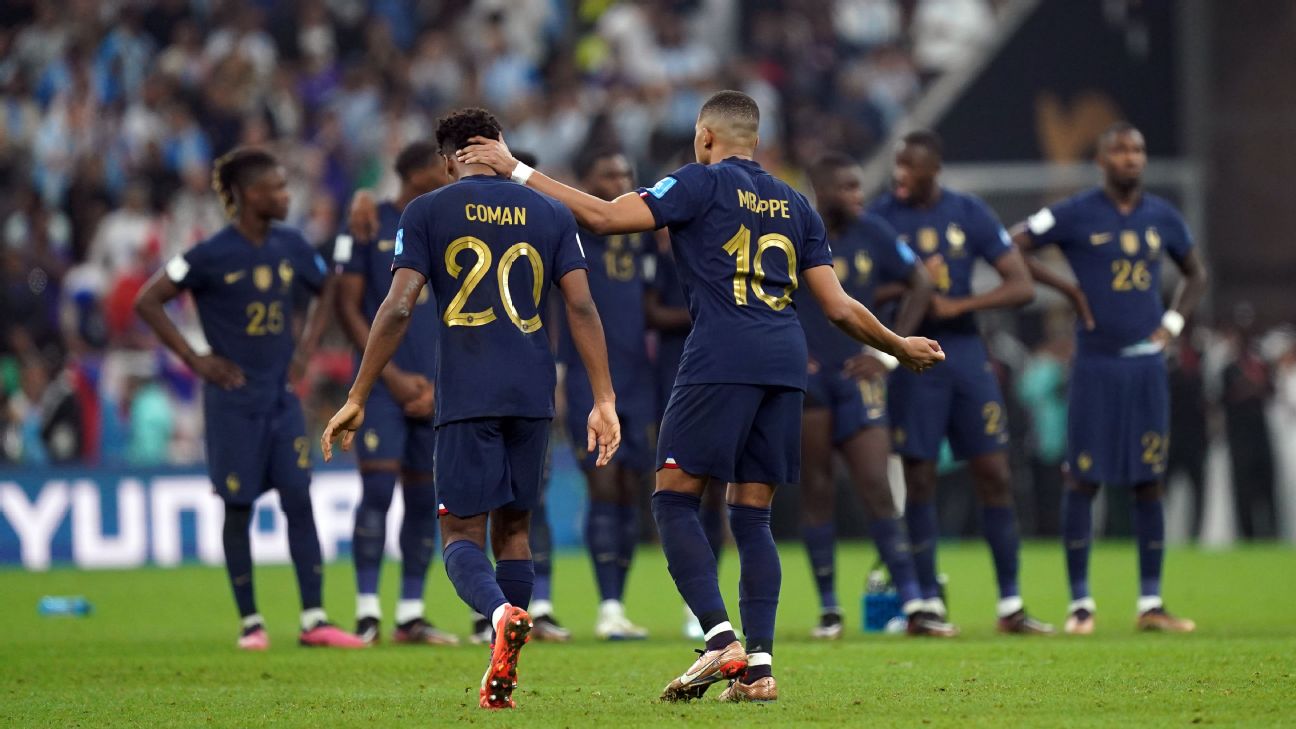 The French soccer federation wants to go after social media users who targeted some of the national team’s players with racist comments following France‘s loss to Argentina in the World Cup final.

The federation said Tuesday that some players were hit by “unacceptable racist and hateful comments on social networks” and that it planned to file a complaint against those who posted abuse.

“The French soccer federation condemns with the utmost firmness these intolerable behaviors and abuses,” it said in a statement.

French government officials have expressed their indignation following the insults. Isabelle Rome, the minister in charge of gender equality, said Kylian Mbappe and Kingsley Coman, who are both Black, were among those abused.

Coman’s club, Bayern Munich, also condemned the racist comments targeting the winger, one of the French players who missed during the penalty shootout that decided Sunday’s final.

“The FC Bayern family is behind you, King. Racism has no place in sport or our society,” Bayern wrote on Twitter.

French sports minister Amelie Oudea-Castera tweeted her support to Coman and all the players abused, saying the heinous comments “have no place in soccer or anywhere else.”

Anti-racism group SOS Racisme said in a statement that some players had to disable comments on their Instagram accounts because of “a torrent of racist slurs, with hundreds of users on the social network posting comments likening them to apes, slaves, or even urging them to go back to the jungle.”

The NGO said it will file a complaint.

France twice fought back for a 3-3 draw through extra time in Qatar before Argentina won a penalty shootout to cap one of the most exciting finals in World Cup history. Coman had an attempt saved by Argentina goalkeeper Emi Martinez, and Aurelien Tchouameni then missed for France.

Despite missing out on defending their World Cup win in Russia in 2018, the French team was given a warm welcome home when they returned to Paris on Monday night with thousands of fans cheering them during an appearance at the Place de la Concorde.