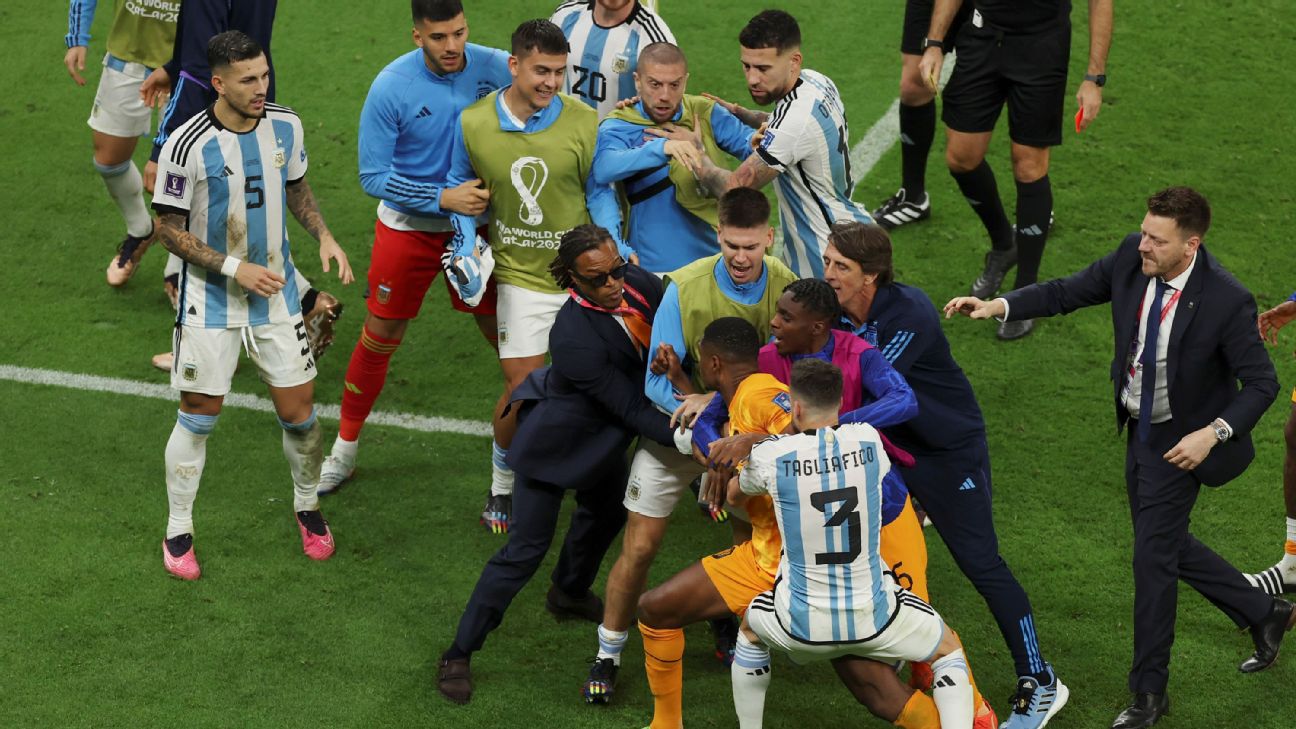 FIFA opened a disciplinary case against Argentina for their actions during their contentious World Cup quarterfinal win against the Netherlands.

Football’s world governing body cited “order and security at matches” in its disciplinary code for charging the Argentine FA.

Argentina substitutes and coaches encroached on the field as the game turned confrontational in the late stages as the Dutch scored two late goals to force extra time. There were more heated exchanges on the field after Argentina won the penalty shootout following the 2-2 draw.

Lionel Messi was among a World Cup record 17 players or coaching staff members who were shown yellow cards during or after the game.

Team misconduct charges are routine for collecting five yellow cards in a game and disciplinary cases were opened against both Argentina and the Netherlands, FIFA said.

Both federations could get the same 15,000 Swiss francs fine ($16,000) that FIFA’s disciplinary panel imposed twice on Saudi Arabia at this World Cup for team misconduct.

Argentina will likely get a heavier fine for the separate disorder charge.

FIFA gave no timetable for verdicts, which have typically not been published before a team’s next game at this World Cup.

Argentina face Croatia in the semifinals on Tuesday as they aim for their first World Cup triumph since 1986.