Ezekiel Elliott has knee sprain, uncertain to play vs. Bears 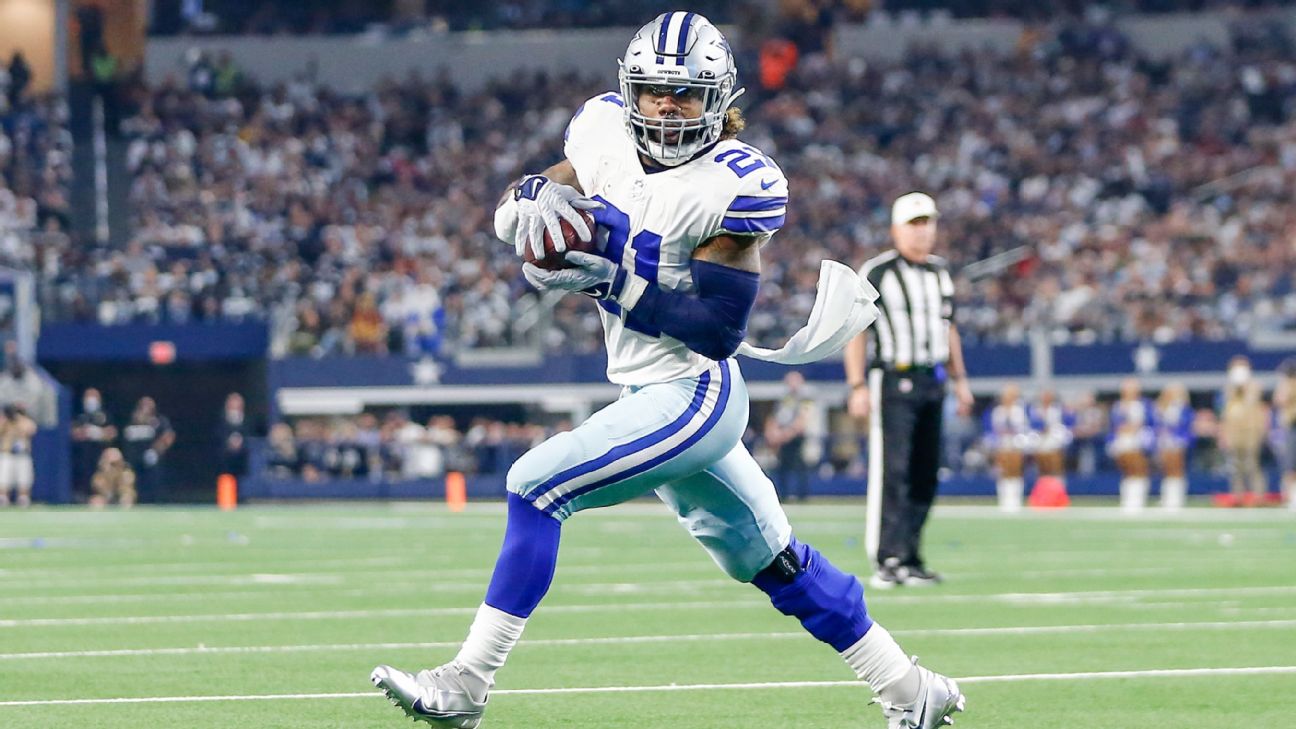 FRISCO, Texas — Dallas Cowboys running back Ezekiel Elliott‘s availability could be up in the air for Sunday’s game against the Chicago Bears because of a sprained right knee.

Cowboys coach Mike McCarthy said Elliott will not practice Wednesday and will do rehab off to the side as Dallas looks to manage his workload during the week.

The Cowboys have a bye after playing the Bears, and a two-week break for Elliott could serve him well for the long haul. But McCarthy said that will not factor in a potential decision this week.

“That’s just not the way we approach it, so we’ll just see how he responds today,” McCarthy said. “[Director of rehabilitation Britt Brown] will continue to build the plan based off what they accomplish today.”

Elliott took a hit to his right knee in the second quarter of Sunday’s victory against the Detroit Lions. He returned and scored two touchdowns while finishing with 57 rushing yards on 15 carries but was limping noticeably in the locker room after the game.

Elliott has 109 carries for 443 yards and four touchdowns this season. The three-time Pro Bowler played most of last season with a partially torn posterior cruciate ligament in his right knee that he said took away his burst. Late in the season, he wore a brace on his knee but managed to play every game.

If Elliott, who has missed just one game to injury in his career, cannot play against Chicago, the Cowboys would lean on Tony Pollard, who has 375 yards and two touchdowns on 67 carries. He has never had more than 14 carries in a game in his career.

“We’re so, so fortunate to have Tony and Zeke here,” McCarthy said. “I think both are fully capable of carrying a full load.”

Ezekiel Elliott has knee sprain, uncertain to play vs. Bears