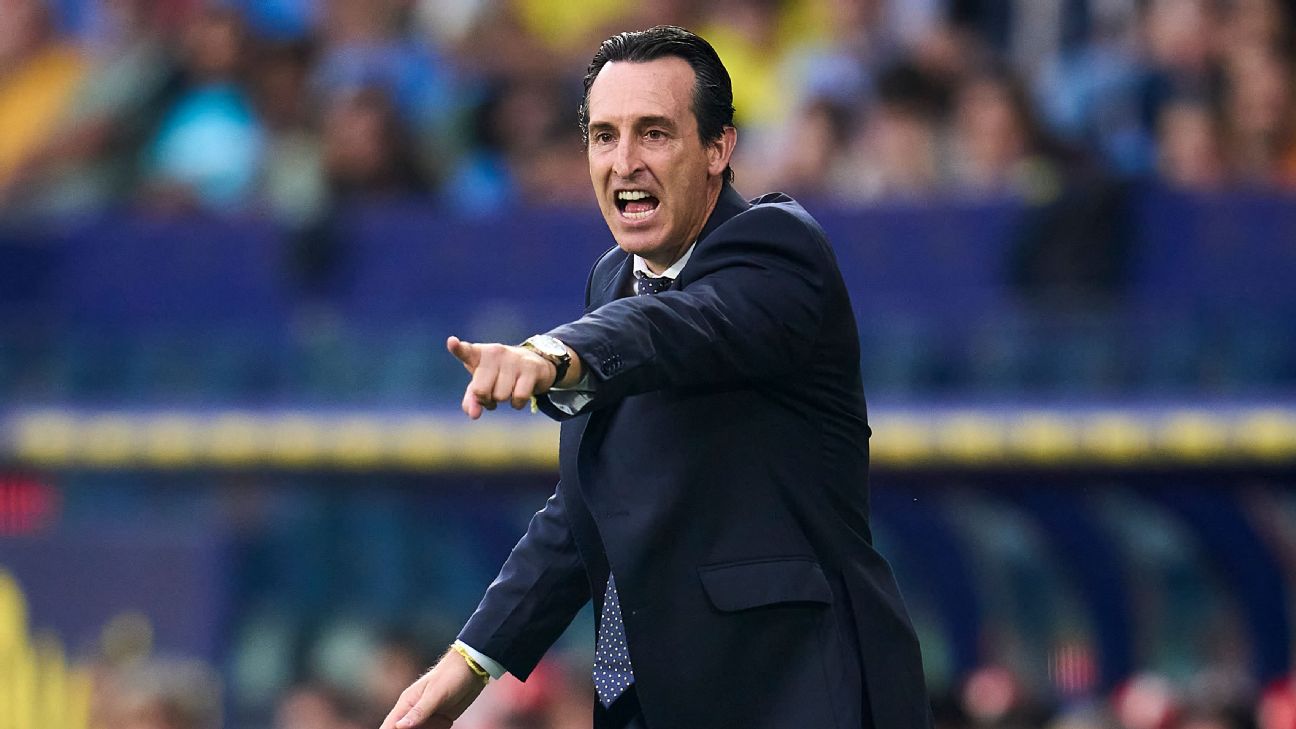 Unai Emery has become the new Aston Villa manager to replace Steven Gerrard, it was announced on Monday.

Sources told ESPN that talks between Villa and the former Villarreal manager Emery began on Sunday, sources told ESPN, with the Premier League club looking for a replacement for Gerrard who was sacked after a 3-0 defeat at Fulham last Thursday.

A club statement read: “Aston Villa is delighted to announce the appointment of Unai Emery as the club’s new head coach.

“A highly experienced top level coach who has managed over 900 games, Unai has also previously managed in the Premier League during a spell with Arsenal, leading the Gunners to a Europa League final.

“He has also enjoyed notable success at Sevilla and at Paris Saint-Germain. In Seville, he won three successive Europa League titles between 2013 and 2016 before going on to lift a Ligue 1 championship in France as well as two French Cups, two French League Cups and two Trophee des Champions.

“Unai will take over from Nov. 1 after his work permit formalities are completed.”

Emery, 50, had been in charge of Villarreal since 2020, winning the Europa League — the LaLiga club’s first ever trophy — in his debut season and taking them to the Champions League semifinals a year later.

Emery was close to a move back to England in November 2021 when he was offered the manager’s job at Newcastle United, before opting to stay at Villarreal.

Emery was keen on returning to English football after spending an up-and-down 18 months at Arsenal from May 2018 to November 2019.

– Ogden: Will Marsch follow Gerrard out of a job?
– VAR review: Why Douglas Luiz’ red-card was overturned

Villa are 14th in the Premier League table, with 12 points from 12 games, after Gerrard’s sacking was followed by a 4-0 win over Brentford on Sunday under interim boss Aaron Danks.

Emery came to prominence in Spain when he managed Almeria to promotion to LaLiga in 2007.

He coached Valencia to three consecutive third-placed finishes before a brief spell at Spartak Moscow, and then won three Europa Leagues in three years while in charge of Sevilla.

Emery wrote on Twitter after the news broke Monday: “My home, not my club, because I have felt integrated, loved, identified with and passionate for Villarreal. I lived first-hand the excellent project driven by the Roig family and our much-missed Jose Manuel Llaneza. From outside it was an admirable project and, from within, I’ve been able to confirm this, feeling part of this.

“We’ve achieved success together, we’ve lived great moments and, regardless of the results, I’ve felt more loved and supported than ever. I’ve enjoyed this journey to the maximum. However, part of every journey is its end.”

That European success led him to take over at PSG and then Arsenal, who he took to the 2019 Europa League final where they lost to Chelsea.

He secured a fifth-placed finish that season in the Premier League before being sacked following a poor start to the 2019-20 season.

He has rebuilt his reputation at Villarreal, beating Manchester United in the 2021 Europa League final and taking them to last season’s Champions League semifinals, beating giants Juventus and Bayern Munich en route.