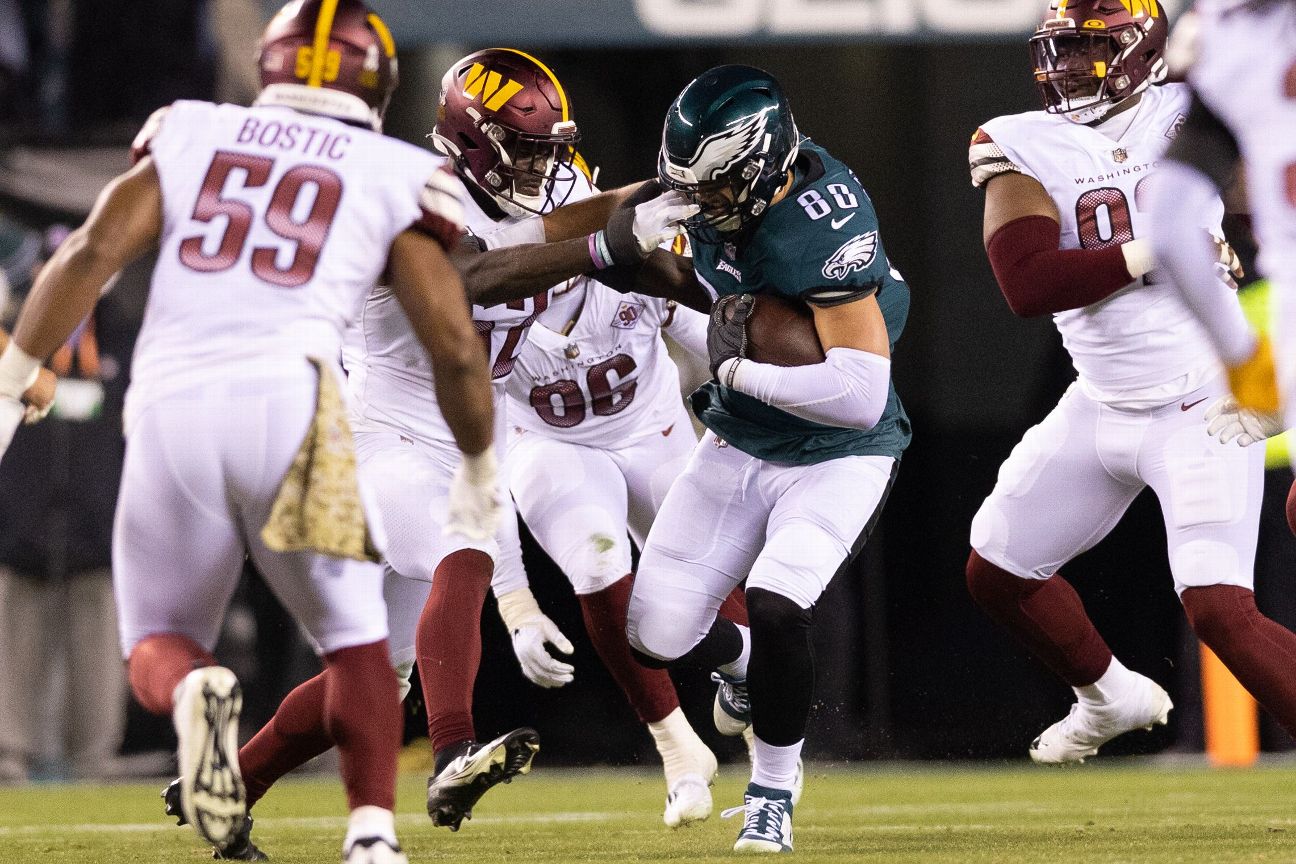 A decision has not been made yet as to whether the Eagles will place him on injured reserve, as evaluations are still ongoing that will determine exactly how long Goedert will be sidelined, a league source said.

He was injured early in the fourth quarter on a play that involved a controversial non-call that helped turn the tide of the game in Washington’s favor.

On third-and-1 and with the Eagles trailing by two, quarterback Jalen Hurts completed a pass to Goedert for a would-be first down. Linebacker Jamin Davis clearly grabbed and pulled Goedert’s facemask as he attempted to tackle him, and a simultaneous hit by defensive tackle John Ridgeway knocked the ball loose. Ridgeway’s full weight was on top of Goedert as he was driven to the ground, his left shoulder absorbing much of the impact. Goedert was evaluated on the sideline before returning to the game.

NFL Network was first to report on Goedert’s expected absence.

Washington recovered the fumble and tacked on a 55-yard Joey Slye field goal to up its lead to six.

Asked why there was no facemask call on the Goedert fumble, NFL referee Alex Kemp replied, “We didn’t see a face mask on the field.”

“I think whether the calls were bad or good, or whatever it was, when you play the way we did tonight on all three phases … it does seem like everything’s going against you. And we played like crap. We didn’t do a good enough job … We made our own luck today, and it was bad.”

Goedert is one of Hurts’ primary options in the passing game. He is second on the team in receiving yards (544) and is tied for second in receiving touchdowns (3).

Rookie Grant Calcaterra will likely see an increased role in Goedert’s absence along with Jack Stoll. The Eagles could also be getting Tyree Jackson back soon. They opened a 21-day practice window for him in late October as he works his way back from a torn ACL.