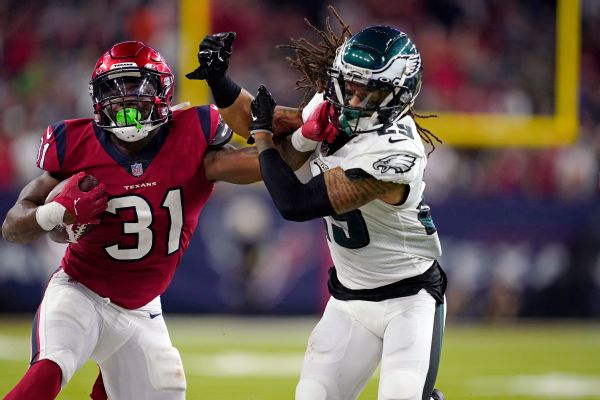 PHILADELPHIA — The Philadelphia Eagles will be without a key piece of their secondary for at least the next four weeks after placing starting slot corner Avonte Maddox on injured reserve Monday.

Coach Nick Sirianni indicated Josiah Scott, a three-year veteran who was limited for a portion of the week with an ankle injury, would fill Maddox’s role. Philadelphia also elevated cornerback Mario Goodrich from the practice squad for Monday’s game.

Maddox, 26, has an interception, three passes defensed and a forced fumble on the season. He is part of a defensive group that is tied for most takeaways (18) and is second in interceptions (12), helping to make up one of the best corner trios in the league along with Darius Slay and James Bradberry.