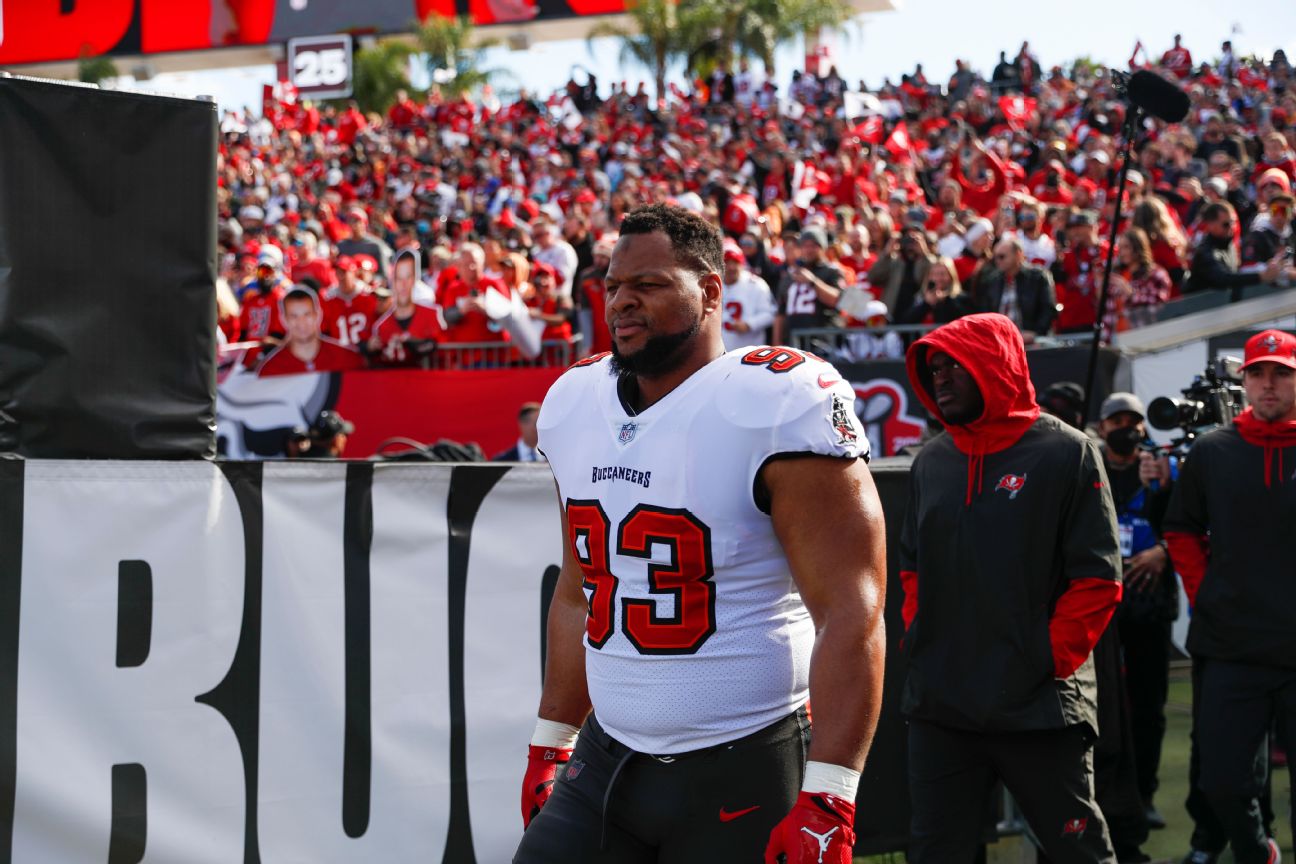 PHILADELPHIA — The Eagles continue to load up along the defensive interior.

They agreed to terms with defensive tackle Ndamukong Suh on a one-year deal Thursday, one day after signing fellow veteran tackle Linval Joseph.

Suh, 35, played for the Tampa Bay Buccaneers last season. He started all 17 regular-season games and finished with six sacks, seven tackles for loss and 13 quarterback hits.

General manager Howie Roseman has aggressively responded to a pair of injuries at the position.

Rookie standout Jordan Davis is on injured reserve with a high-ankle sprain, and Marlon Tuipulotu joined him on IR on Wednesday after hurting his knee in Monday’s 31-21 loss to the Washington Commanders. The run defense has been having issues in Davis’ absence, yielding 320 yards and two touchdowns on the ground the past two weeks.

“It’s one of the things we’ve been working on,” said defensive coordinator Jonathan Gannon. “I think that it should be better. We have to coach it better and I have to call the game a little bit better to help our guys out.”

Suh, the second-overall pick by the Detroit Lions in the 2010 draft, has played for the Lions, Miami Dolphins, Los Angeles Rams and Tampa Bay Bucs over his 12-year career, recording 70.5 sacks and 130 tackles for loss. He has been named first-team All-Pro three times, has been selected to five Pro Bowls and won a title with the Bucs in Super Bowl LV.

He registered 7.5 sacks in the regular and postseason combined in 2020, including two takedowns of Patrick Mahomes in the Bucs’ 31-9 Super Bowl LV victory over the Kansas City Chiefs. Five of those sacks came in the fourth quarter of games, demonstrating his ability to help close out games.

Suh’s seven postseason sacks are tied for third-most among active players. In addition to his on-field performance, Suh played an important role in the development of first-round draft pick Vita Vea, who signed a four-year contract extension worth $73 million in January.

Suh has shown remarkable durability throughout his career. His 191 games since his rookie year with Detroit in 2010, after which he was named the Defensive Rookie of the Year, are the most of any defensive player in that span. He has missed only two games in his career, both in 2011, when the NFL suspended him two games for on-field conduct.