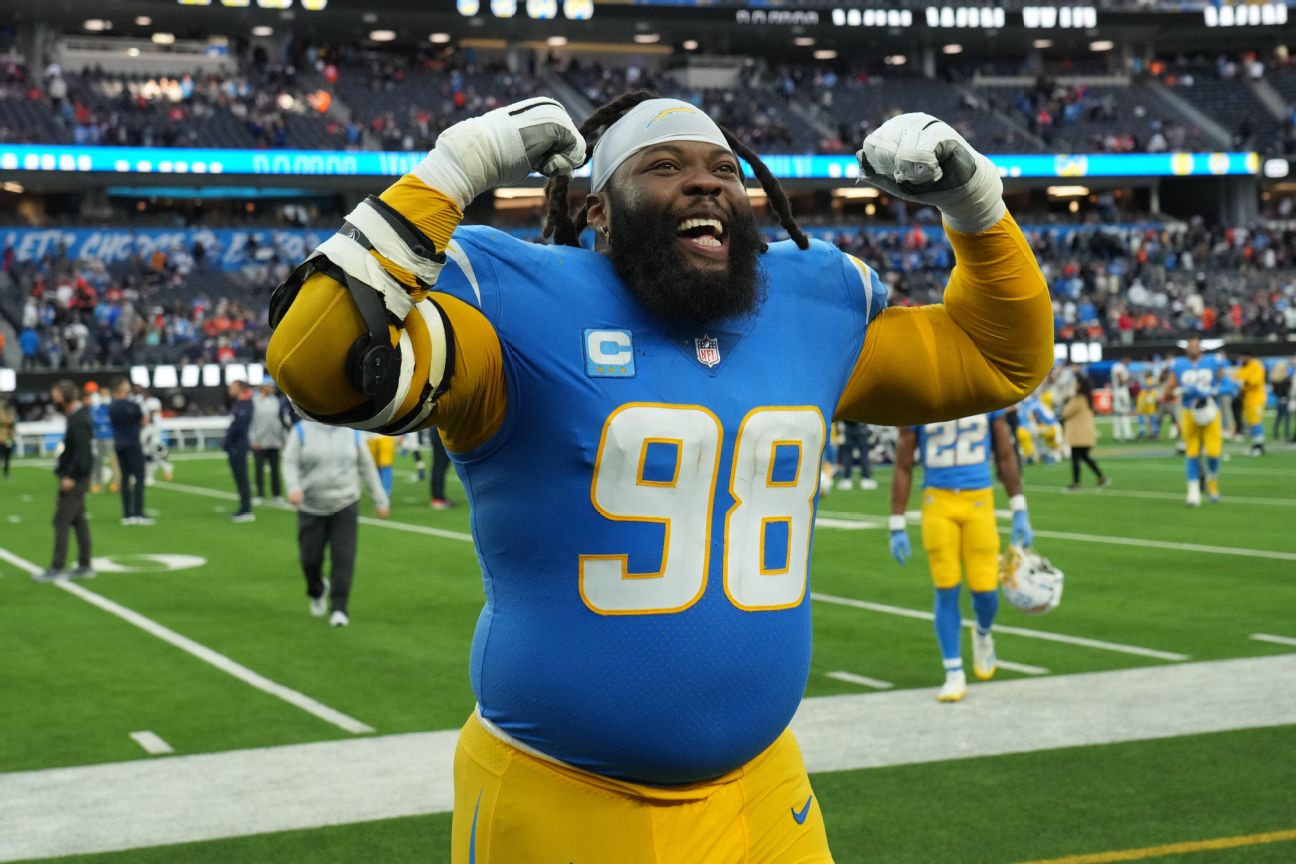 The Eagles also placed tight end Dallas Goedert on injured reserve because of a shoulder injury, meaning he will miss at least the next four games. A source had confirmed to ESPN on Tuesday that Goedert was expected to miss extended time after injuring the shoulder on Monday night.

At 6-foot-4 and 329 pounds, he has experience as a space-eating nose tackle — a position rookie Jordan Davis shined in before suffering a high ankle sprain on Oct. 30 against the Pittsburgh Steelers, landing him on injured reserve. The Eagles have struggled against the run in his absence, yielding 168 yards on the ground to the Houston Texans in Week 9 and 152 yards and two touchdowns in a loss — their first of the season — to the Washington Commanders on Monday night.

“We’ll look at this tape and see what went down on this game, knowing that, hey, when you show that a team attacks a place, we’re going to see it again, right, and then we’re going to see that again,” coach Nick Sirianni said following the 32-21 loss to the Commanders. “So, we’ll work like crazy to get it fixed, and we understand that will be the narrative of how to beat us. We have to own that and fix it, and we will.”

Goedert is one of quarterback Jalen Hurts‘ primary options in the passing game. He is second on the team in receiving yards (544) and is tied for second in receiving touchdowns with three.

He was injured early in the fourth quarter Monday night on a play that involved a controversial non-call that helped turn the tide of the game in Washington’s favor.

On third-and-1 and with the Eagles trailing by two, Hurts completed a pass to Goedert for a would-be first down. Linebacker Jamin Davis clearly grabbed and pulled Goedert’s face mask as he attempted to tackle him, and a simultaneous hit by defensive tackle John Ridgeway knocked the ball loose. Ridgeway’s full weight was on top of Goedert as he was driven to the ground, with his left shoulder absorbing much of the impact. Goedert was evaluated on the sideline before returning to the game.

Joseph has played for the New York Giants, who selected him in the second round of the 2010 NFL draft, the Minnesota Vikings and Chargers over his 12-year career.