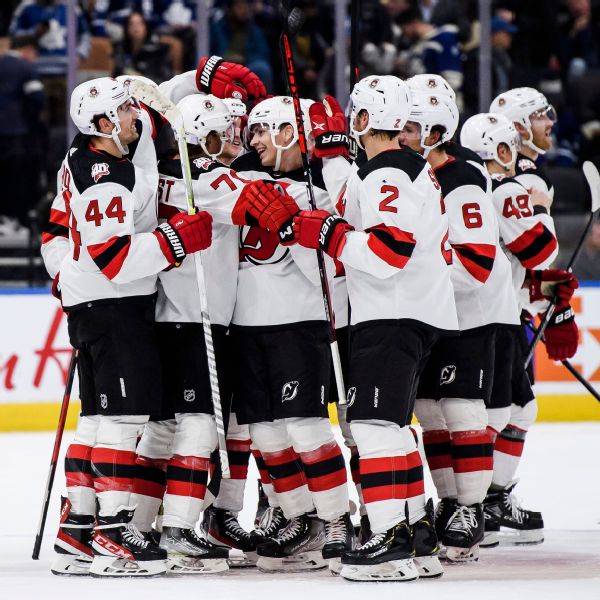 New Jersey also snapped an eight-game losing streak against Toronto dating to April 2018 — and won at Scotiabank Arena for the first time since October 2017.

Auston Matthews had a goal and an assist for Toronto, William Nylander also scored and Murray made 30 saves.

Mitch Marner added an assist to push his points streak to 11 games, the longest active run in the NHL. With Murray on the bench for an extra attacker, Nylander tied it with his eighth on a shot that hit Devils defenseman Jonas Siegenthaler with 2:09 left in regulation.