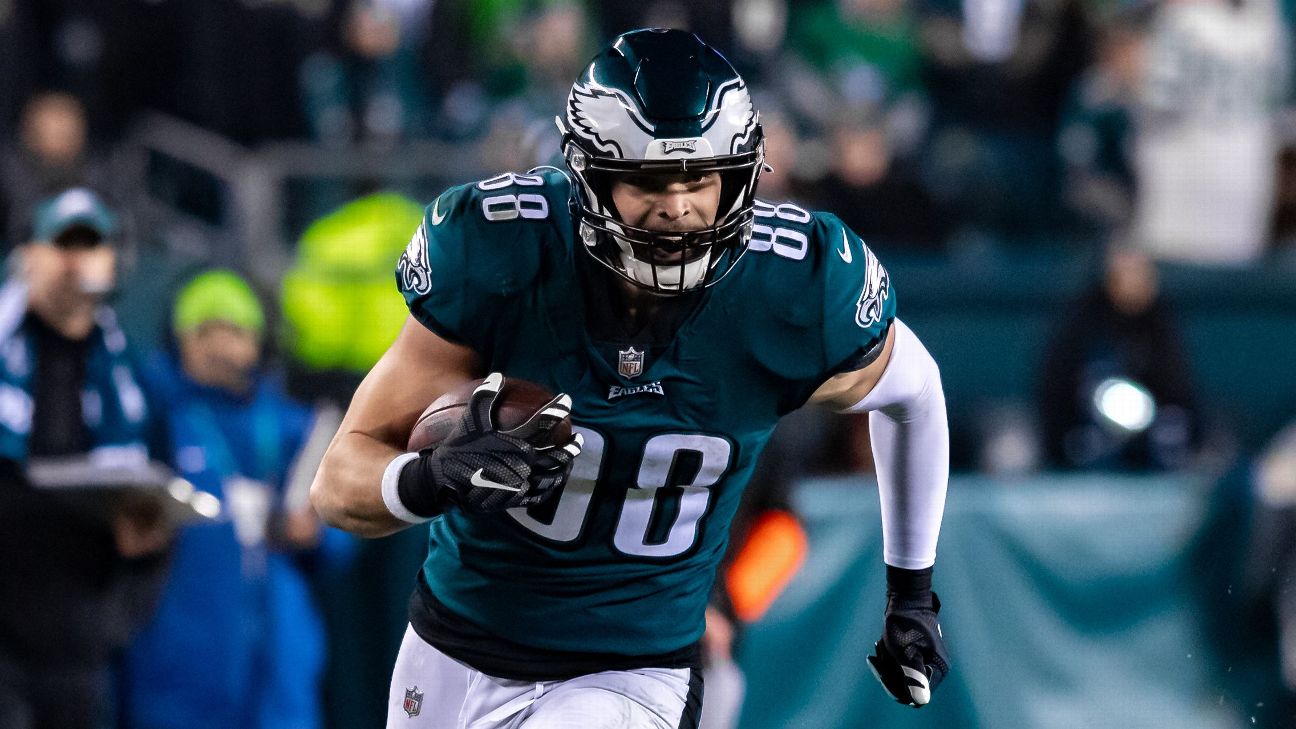 Philadelphia Eagles tight end Dallas Goedert, who was placed on injured reserve this past week with a shoulder injury, is expected to return during the regular season, league sources told ESPN.

One source familiar with Goedert’s status told ESPN the “only question is whether it’s with two, three or four games left (in the regular season). But he will be back this season, definitely.”

The Eagles also believe rookie defensive tackle Jordan Davis has a realistic chance to return when he is eligible to come off IR on Dec. 4 against the Tennessee Titans, according to a league source, despite their additions this past week of veteran defensive tackles Ndamukong Suh and Linval Joseph.

Goedert was placed on IR on Wednesday and will miss at least four games. He is second on the team in receiving yards (544) and is tied for second in receiving touchdowns with three.

On the defensive side, Philadelphia’s run defense has been having issues in Davis’ absence, yielding 320 yards and two touchdowns on the ground the past two weeks. The Eagles signed Suh this past Thursday, one day after adding Joseph in a pair of moves to deepen their defensive line rotation.