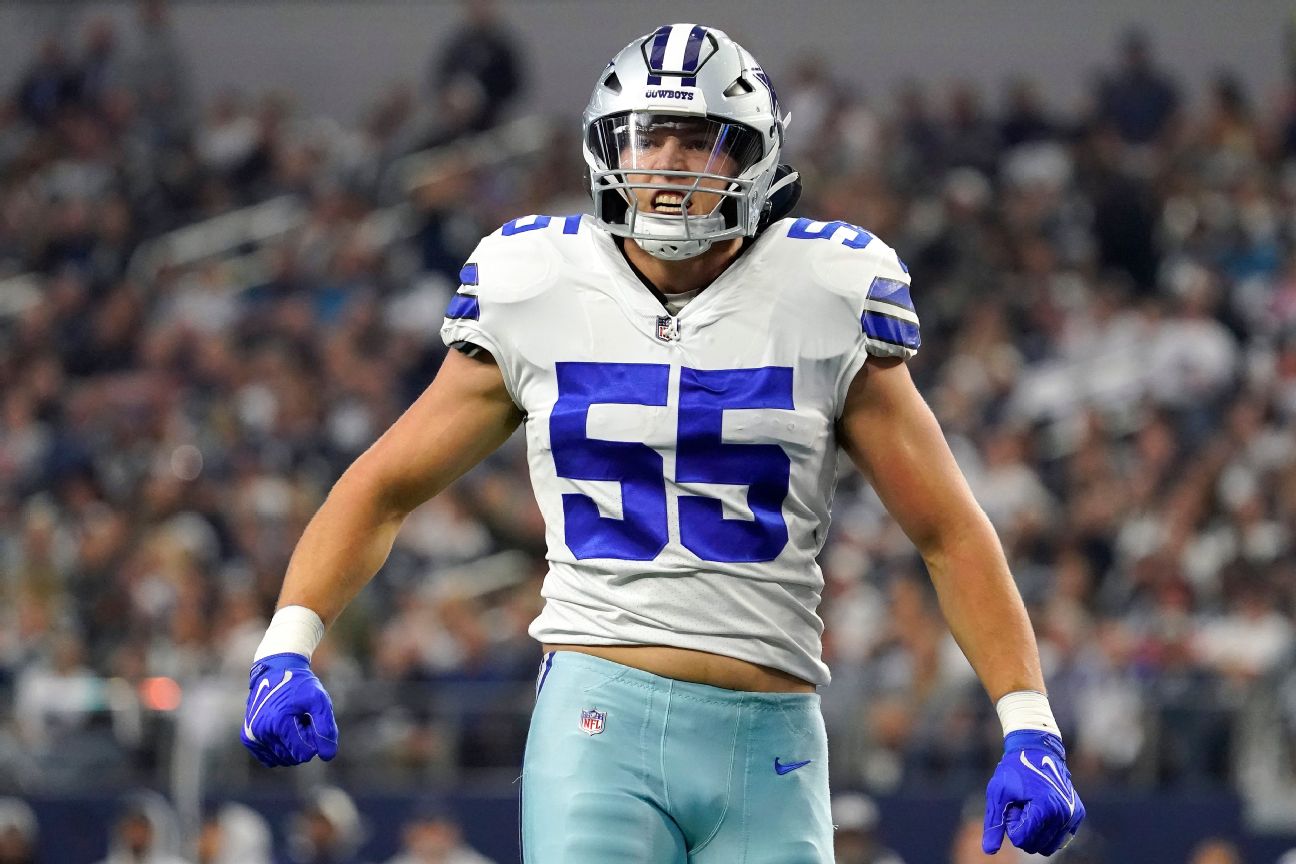 FRISCO, Texas — The Dallas Cowboys received positive news regarding the health of leading tackler Leighton Vander Esch after an MRI and CT scan Monday: The pinched nerve he suffered in his trapezius is unrelated to the neck surgery he had in 2019, according to multiple sources.

Vander Esch’s return to game action is unclear since he will have to wait for the nerve inflammation to calm down. If it had been disc-related, he could have been out for the rest of the season.

He suffered the injury in the first quarter of Sunday’s 40-34 overtime loss to the Jacksonville Jaguars on a run play while being blocked by tight end Evan Engram. He was examined on the field and immediately went to the locker room.

After the game coach Mike McCarthy admitted to some worry, since Vander Esch entered the league with some questions regarding his neck and needed surgery in 2019.

“Everyone around here is concerned based on just his history,” McCarthy said. “But I mean just look at last week. He was a huge factor in his play, 14 tackles and all of those things … Hopefully he’ll be fine.”

Vander Esch has played in 30 straight games after missing 10 games in 2020 because of a broken collarbone and ankle issue. Entering the Jaguars’ game, he led the Cowboys in tackles with 99, including a season-high 12 against the Houston Texans.

A potential absence could impact how the Cowboys use Micah Parsons. In the last five games, he has almost exclusively played defensive end/pass rusher and not linebacker. In addition to Barr and Clark, the Cowboys have Luke Gifford, a core special teamer, and Jabril Cox, who has been inactive for eight games this season.