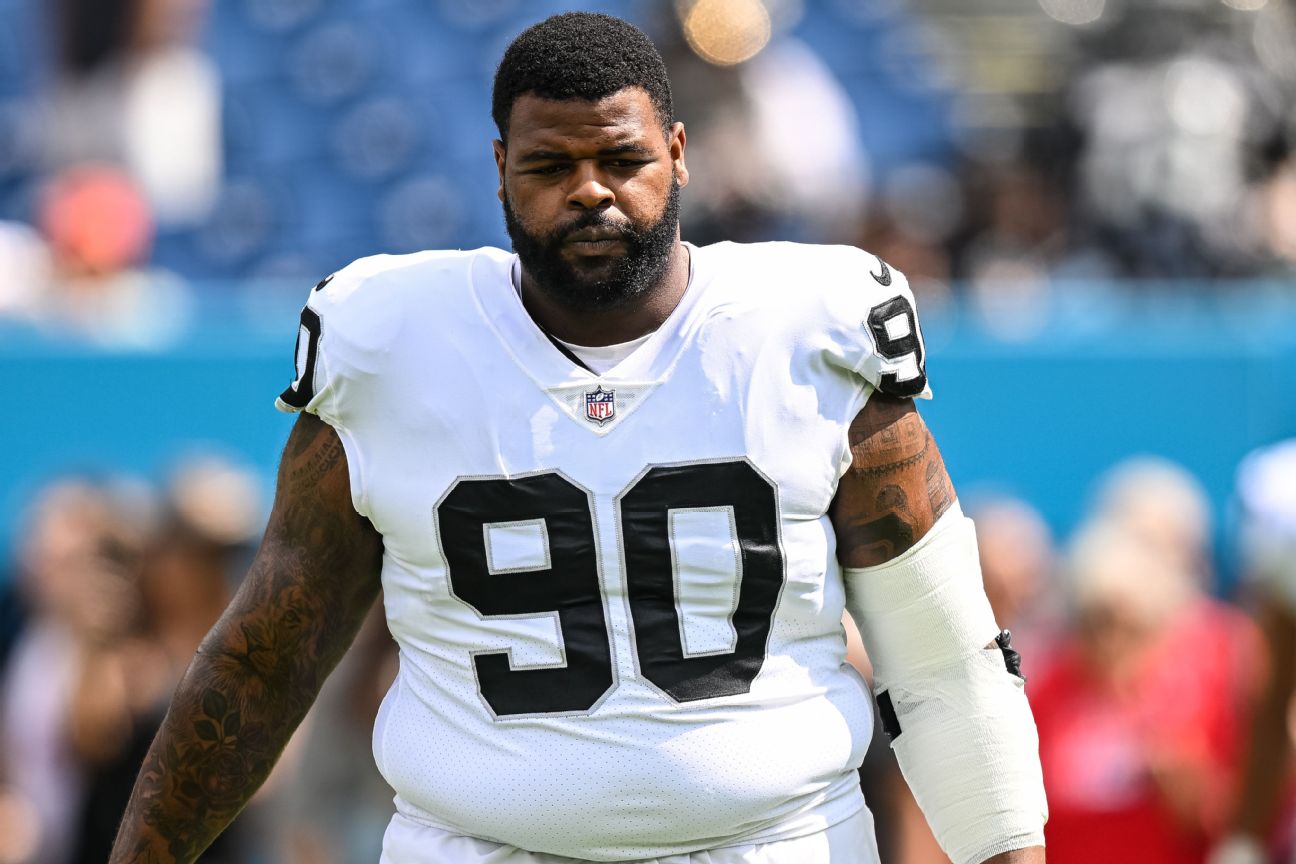 FRISCO, Texas — Looking to shore up the their run defense, the Dallas Cowboys acquired defensive tackle Johnathan Hankins and a 2024 seventh-round pick from the Las Vegas Raiders for a 2023 sixth-round pick on Tuesday, according to multiple sources.

The Cowboys have allowed 117 or more rushing yards in five of their seven games and rank 20th in run defense in the NFL, allowing 4.4 yards per carry.

While they have recorded 29 sacks and have allowed just 1,296 net passing yards, the fewest by a Dallas defense through seven games since 2003, they are scheduled to currently face four top-10 rushing offenses the rest of the season, not including teams with top runners such as the Tennessee Titans‘ Derrick Henry, the Minnesota Vikings‘ Dalvin Cook and the Indianapolis Colts‘ Jonathan Taylor.

Hankins was a second-round pick of the New York Giants in 2013. He is in his 10th season after spending the last five seasons with the Raiders. He has started one of five games this season and has been credited with 10 tackles and a pass defended.