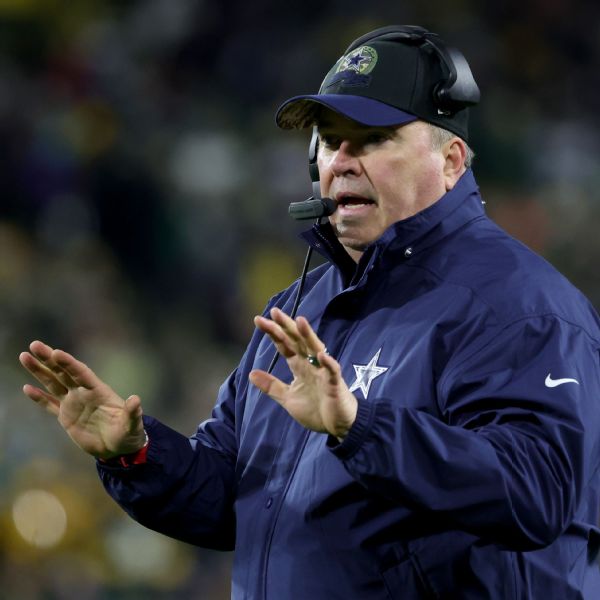 GREEN BAY, Wis. — Cowboys coach Mike McCarthy knows the ins and outs of Lambeau Field better than anybody, having coached for parts of 13 seasons with the Green Bay Packers.

Facing fourth-and-3 from the Green Bay 35-yard line on the first possession of overtime Sunday, McCarthy passed on trying a 53-yard field goal into the wind, with Dak Prescott instead throwing incomplete. Six plays later, the Dallas Cowboys lost 31-28 to the Packers, falling to third place in the NFC East.

Had Brett Maher made the field goal, the Packers still would have had an opportunity to win on the next possession, and they had scored touchdowns on two of their final three possessions of regulation.

Maher’s only misses on the season have been from 59 yards twice. He said the wind changed directions during the game from pregame warm-ups.

“The wind was definitely a factor,” Maher said. “I think I could’ve hit a good clean ball going that way but, hey, I love the call to go for the win in that situation. We’re here to win games. I think that was a good call.”

McCarthy was visibly upset during overtime, especially after two penalties (offside on wide receiver Jalen Tolbert, holding on Connor McGovern) wiped out gains of 9 and 16 yards by Tony Pollard as the Cowboys were marching toward a potential winning touchdown.

“I thought we were in total control in overtime,” McCarthy said. “Obviously with penalties and the things, very, very, very frustrated. But you have to overcome those things. This group, this group of men, hey, they have it. But just disappointed for them.”

And the players were disappointed for McCarthy.

A number of them said they wanted to win the game for McCarthy, who went 133-85-2 as the Packers head coach and won Super Bowl XLV. He tipped his cap to the crowd after a pregame announcement was made in recognition of his return, as well as those of nine other Cowboys assistant coaches with connections to the Packers.

McCarthy, who turned 59 on Thursday, had about 40 family members and friends in attendance. He arrived six hours before kickoff and was able to meet with a number of folks in and outside the Packers organization. On the field, he shared pregame hugs with former receivers Jordy Nelson and Randall Cobb, as well as Aaron Rodgers. After Mason Crosby‘s game-winning field goal, McCarthy and Rodgers embraced again.

At the end, McCarthy was spent emotionally and did not want to reminisce.