Chicago Bears may be without Roquan Smith, Jaylon Johnson vs. Houston Texans 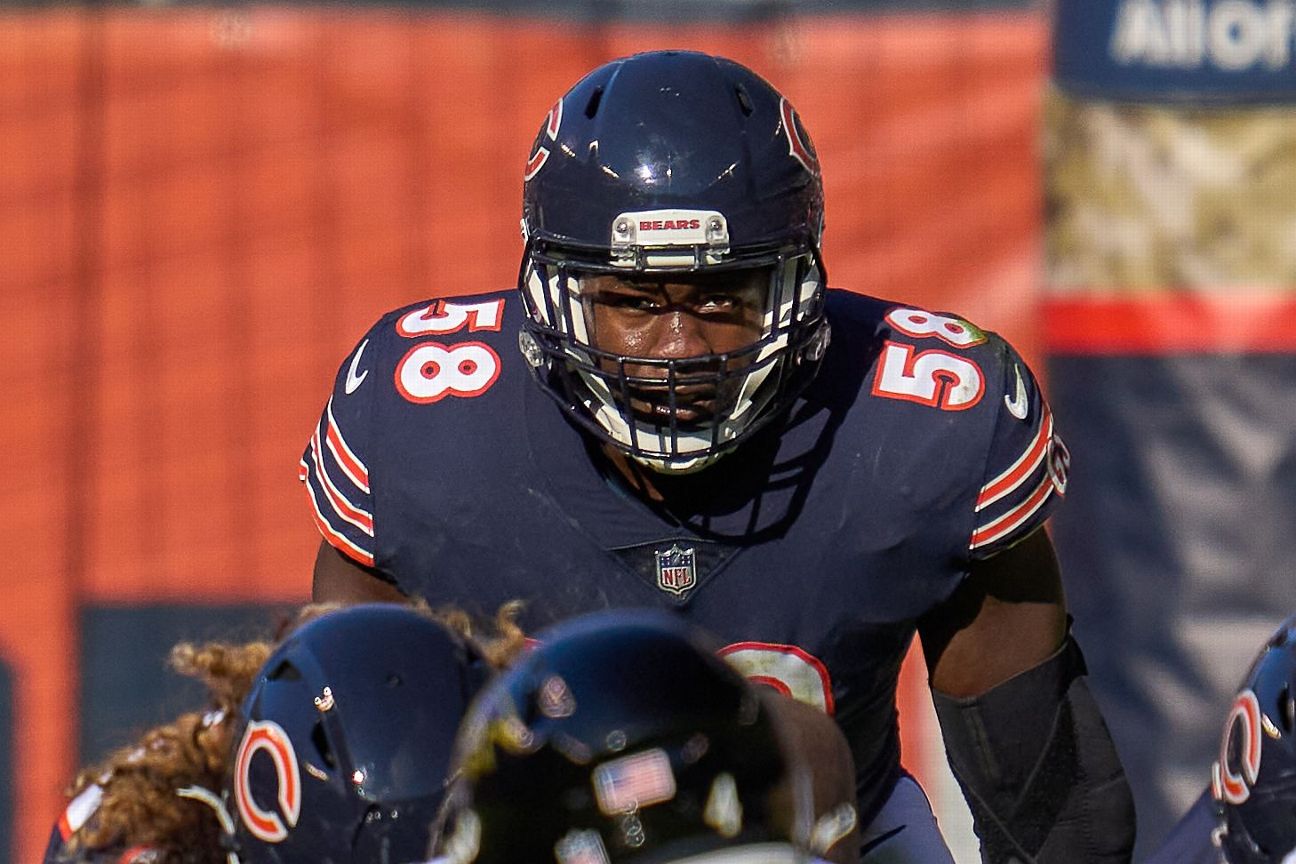 The Chicago Bears will be down two of their most experienced defensive players for Sunday’s game against the Houston Texans if linebacker Roquan Smith (hip) and cornerback Jaylon Johnson (quad) — who are both listed as questionable — can’t play.

Matt Adams, who is Smith’s backup when the Bears are in their nickel defense, has been ruled out for Sunday’s game with a hamstring injury sustained during practice. While Smith is listed as questionable, coach Matt Eberflus said the Bears are “hopeful” he will be able to play despite the linebacker missing all three days of practice.

If one or both linebackers are unable to play against Houston, the Bears can turn to undrafted free agent Jack Sanborn and Sterling Weatherford, who Chicago claimed from Indianapolis before Week 1.

“We’re looking at all combinations because if you were to have two guys down, obviously in pro football, that’s always not good,” Eberflus said. “We’re working through that right now but we’ll have all combinations up.”

Eberflus seemed to downplay the notion that Smith, who is in a contract year and notably represents himself, can make a business decision to take himself out of the lineup to prevent from further injury.

“I think that Roquan’s a pro and when he’s ready to play, he’s going to play,” Eberflus said.

Rookie receiver Velus Jones Jr. is likely to miss his third straight game with a lingering hamstring injury that he’s been dealing with since the start of training camp. He returned to practice in limited capacity on Thursday and Friday but is listed as doubtful for the Houston game.

Chicago Bears may be without Roquan Smith, Jaylon Johnson vs. Houston Texans