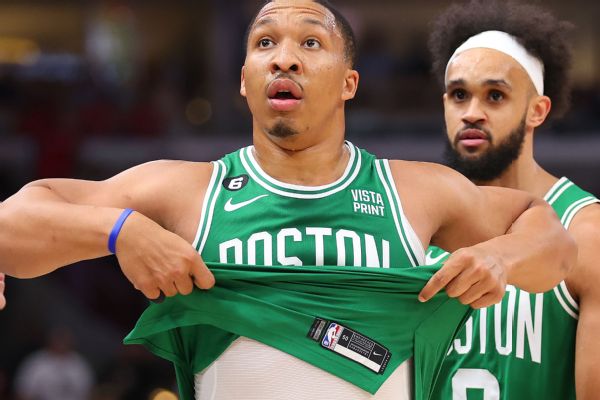 NEW YORK — Boston Celtics forward Grant Williams has been fined $20,000 for punching the ball into the stands during a game against the Golden State Warriors, the NBA announced Monday.

Williams was assessed a technical foul and ejected for the act, which happened with 1:52 remaining in the game Saturday night after play was stopped for a timeout.

Golden State beat Boston 123-107 in the rematch of this year’s NBA finals won by the Warriors in six games. Williams finished with four points and two rebounds in 31 minutes.