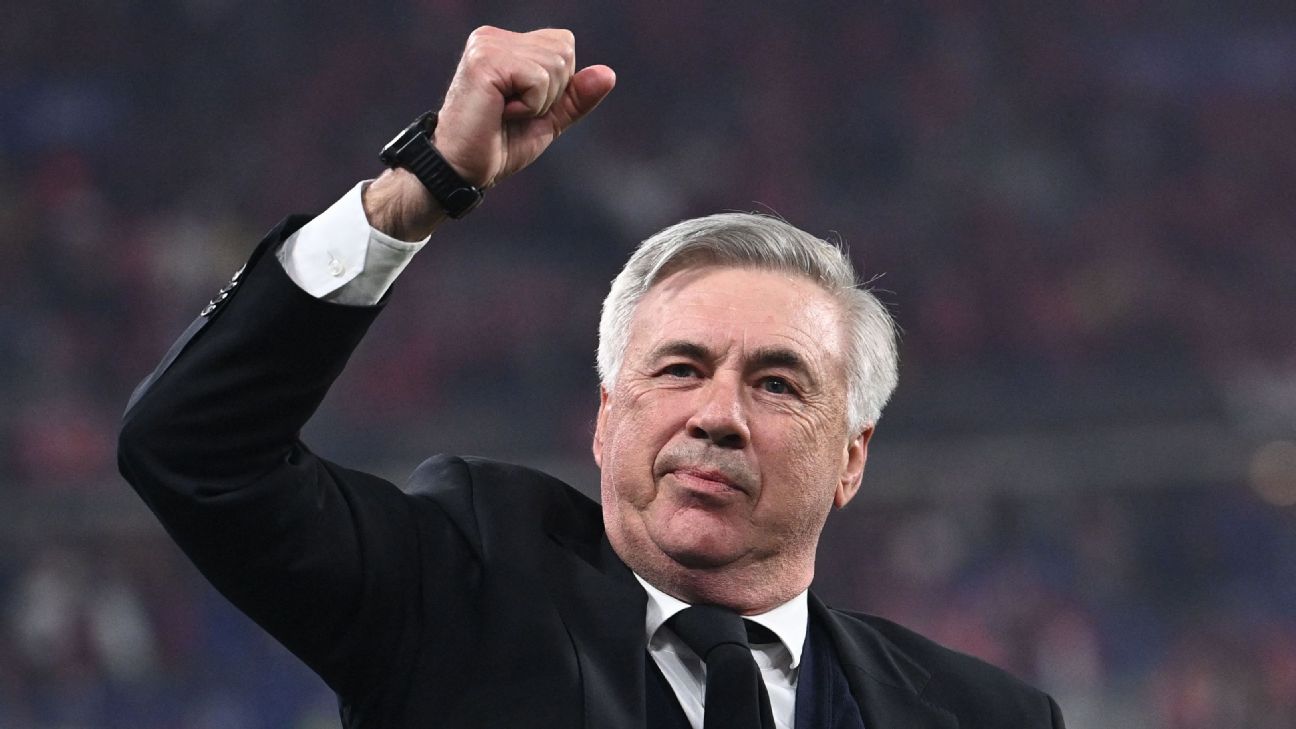 Real Madrid coach Carlo Ancelotti said he plans to stay at the Spanish club until his contract expires in June 2024 amid reports of a possible move to the Brazil national team after the departure of manager Tite following the Selecao’s loss to Croatia in the quarterfinals of the World Cup.

The Italian boss said he remains focused on his current role at Madrid as the team looks to defend their LaLiga, Spanish Super Cup and Champions League titles and prepare for the Club World Cup in February.

“I don’t know what the future holds for me, I live day-by-day,” Ancelotti told Italian Rai Radio 1 show. “At the moment, I’m happy in Madrid, we have a lot of objectives for this season.

The 63-year-old also praised the work of Argentina coach Lionel Scaloni after his side was crowned World Cup champions following their victory over France in the final.

“[Scaloni] did an extraordinary job and did not invent anything new: He put the players in place and gave them a good defensive organisation,” Ancelotti added.

Ancelotti’s Real Madrid will resume their season on Dec. 30, as they look to regain the LaLiga top spot, where Barcelona sit two points ahead.