Capitals ‘not gonna rebuild the team’ as Ovechkin chases record 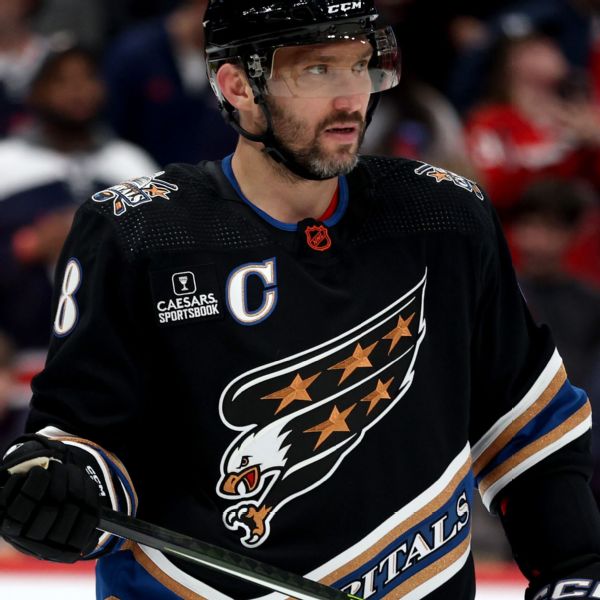 The Capitals are currently outside of a playoff berth after 30 games. They haven’t advanced past the first round of the playoffs since winning the Stanley Cup in 2018, and they have the second oldest roster on average in the NHL this season (30 years old), behind only the Pittsburgh Penguins (30.3).

Washington is primed for a roster overhaul next season with only 10 players under contract for 2023-24, including only one defenseman. But Leonsis said it won’t be a rebuild.

“I’m not gonna do what I did last time and trade everybody,” said Leonsis, in reference to the total teardown the Capitals endured roughly 20 years ago that resulted in them selecting Ovechkin with the first overall pick in the 2004 draft.

“I’m sure there’ll be an influx of some young players, but we’re not gonna rebuild the team,” he said. “To me, a rebuild is when you look the players, the coaches, the fans in the eye and say we’re gonna be really, really bad. And if we were really, really bad, I don’t think Alex would break the record.”

The 37-year-old left wing signed a five-year contract extension in summer 2021 so he could attempt to set the goals record with the Capitals. In their contract talks, Leonsis said Ovechkin made it clear he wanted Washington to be a relevant and competitive team while he was playing there.

“He’s very cognizant of doing this the right way,” Leonsis said while attending the NHL board of governors. “Alex said, ‘I’m not gonna be a third-line guy playing 8-10 minutes a game [where you] trot me out on the power play and let me score my goals. That’s not what I want to do. Promise me you’ll keep the team competitive [and] a playoff team.’ And he promised to come in shape all the time and not be fixated on the record but be fixated on winning another Stanley Cup.”

Leonsis said the two sides agreed that if the Capitals remained competitive, Ovechkin “will get a lot of goals, a lot of power-play chances” and might not have to face the toughest defensive assignments from opponents every game.

If Ovechkin comes close to breaking Gretzky’s record, Leonsis said “The Great One” has promised the team that he’ll be in attendance for all of the Capitals star’s games — as Howe did for Gretzky when he was chasing Howe’s NHL points record in 1989.

Leonsis contrasted Gretzky’s commitment to what happens in other sports when records are about to fall.

“For Wayne to be as gracious as he is … that didn’t happen in baseball, where there was reluctance,” Leonsis said. “Wayne knows that Alex is legit and they have a friendship now. He’s promised us. He said, ‘I want to fly around and go to every stop.’ So that last season, when it’s within sight, he’ll probably just move in with us.”

Capitals ‘not gonna rebuild the team’ as Ovechkin chases record