Canadiens’ Price set ‘to take it step by step’ with injury 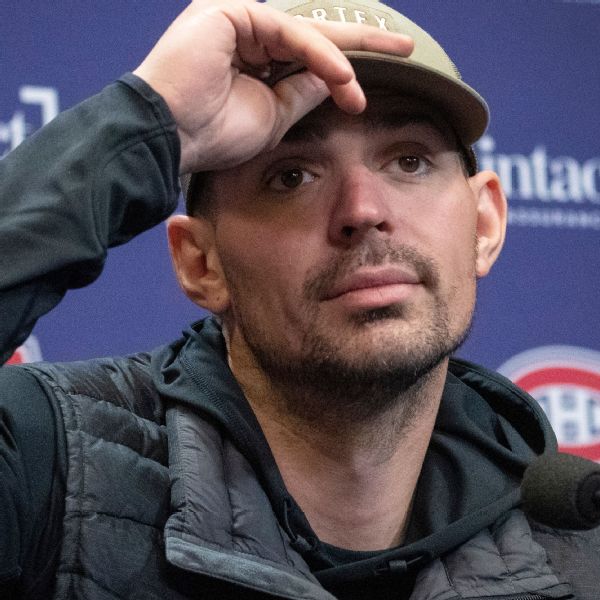 MONTREAL — When it comes to playing again, Montreal Canadiens goaltender Carey Price has a long way to go.

There are some important steps along the way, too.

Sidelined by a lingering knee injury, the 35-year-old Price is on long-term injured reserve, and there is no timetable for his return. Price said Monday that his focus has gravitated toward his daily life and not ending his 15-year run in the NHL.

“We’ll have to take it step by step. I don’t have a plan to retire right at this moment,” he said. “Right now, my goal is to just be pain-free from day to day. I’m still having some issues getting up and down stairs and carrying my kids up and down stairs is difficult.

“So my first priority is just to get my body in a place where I’m pain-free in my day-to-day living and go from there.”

Price helped Montreal reach the 2021 Stanley Cup Final — a surprising run that started with victories over two Canadian teams and then — the Vegas Golden Knights, and then suffered numerous setbacks in returning to the game. He underwent knee surgery and sought help from the NHLPA/NHL player assistance program last year for substance abuse.

He won the Bill Masterton Memorial Trophy in June, which is awarded to the NHL player who best exemplifies the qualities of perseverance, sportsmanship and dedication.

Price appeared in just five games last season as the Canadiens fell from their perch as Stanley Cup finalists. He then had a second opinion on his knee injury in Pittsburgh and the suggestion was another surgery.

The veteran goaltender said he was “not fond” of the idea and called the procedure “intrusive.”

“The surgery is called OATS,” Price said. “Basically, they’re taking a plug of cartilage and bone from a lower area in your knee and placing it in the cartilage-damaged area. It’s pretty serious and the success rate is above 50% and from a pessimistic perspective it’s like, `Well, there’s 50% chance that it could not work or 30% chance or whatever.’

“It’s something, unless I was in dire need of to get through my life, that maybe I would consider at that point but right now I’m looking at my young kids and to play with them day to day is the most important thing for me.”

For now, Price is continuing to rehab the injury — a lengthy, tedious process that hasn’t been successful as of yet.

“That’s been the real frustrating part but I’ve talked to several people that had this type of injury and it’s taken over a year for them to start feeling normal,” Price said. “So I’m still holding out hope. There’s a possibility of another injection but we’ll have to see. We just have to continue trying to solve a problem but that surgery is a bit worrisome for me.”

There are no spaces with Price’s name anymore in the Canadiens’ locker room at the Bell Centre. It’s a telling change for Montreal veterans like Brendan Gallagher, who lived the highs and lows of the team’s recent history alongside Price.

“It’s different looking down and not having him in here. He was really the focal (point) of this team, this organization for so many years,” Gallagher said. “It’s different but I’m just fortunate to have spent the years that I did with him and he made me look good on many of nights. I’d never say that to his face but I owe him one or two.”

Price thinks of himself as being in a “gray area” when it comes to being a part of the team. He was introduced to a standing ovation at the Bell Centre as a non-playing Canadien during the season opener on Oct. 12. The fifth overall pick in the 2005 NHL Draft said he is still trying to find a balance between staying close to the team as an injured player and respecting his teammates’ space.

“I don’t want to be in there every day and using up resources day to day. These guys come in here and they work hard every day. They see trainers every day and I don’t want to impede their progress. I’m not gonna be a part of that process here this season so I feel like I’m in the way. I’ll be around, I miss being with the guys.”

Montreal is 3-3 and has allowed 18 goals this season.

Canadiens’ Price set ‘to take it step by step’ with injury