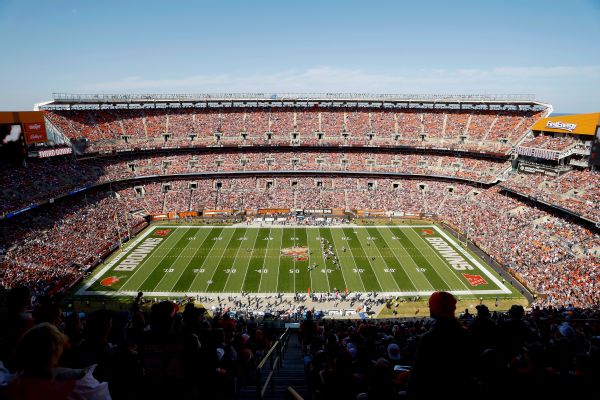 The Cleveland Browns‘ field at FirstEnergy Stadium was vandalized early Tuesday morning by an unknown individual who drove circles around the turf.

Footage from News 5 Cleveland, which captured the damage from a helicopter, shows tire marks that appear to span almost half of the field.

A team spokesman said the Browns notified police about the incident. According to News 5 Cleveland, the Cleveland Police Department is investigating the incident as a possible break-in, noting that it appears the individual may have jumped a fence and driven around on a golf cart.

The Browns, who host the Tampa Bay Buccaneers this weekend, say they are confident the damage will be repaired in time for Sunday’s game.

“Based on our internal evaluation, there was some superficial damage to the playing field that our grounds maintenance team is currently working to repair,” the team said in a statement. “We take great pride in the strong reviews and reputation of our stadium’s playing surface, have been in touch with the NFL on the matter and are confident after repair our field will be ready for Sunday’s game.”