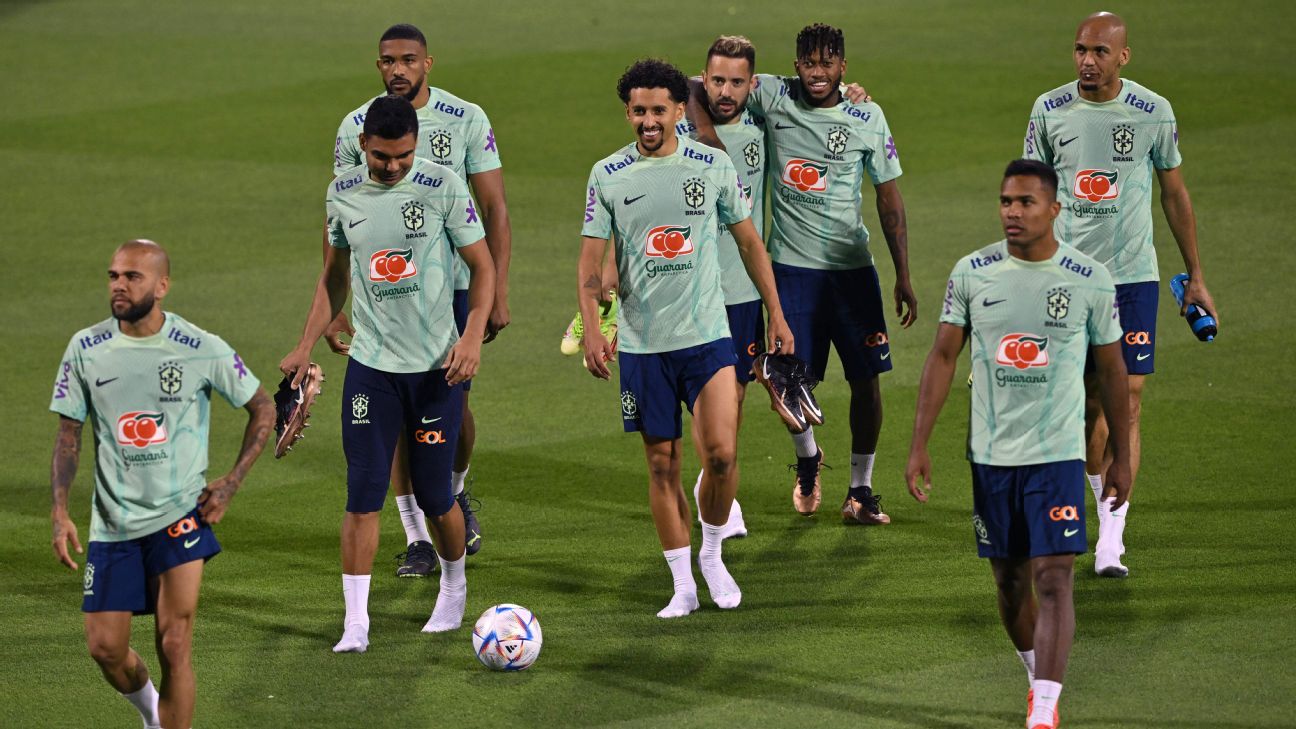 World Cup favourites Brazil held their first training session on Sunday but their players still do not know who will be starting their Group G opener against Serbia on Thursday.

The five-time world champions are loaded with talent but coach Tite is keeping Brazil’s cards close to their chest over the system and players he will use in their first match, with the biggest question mark surrounding Vinicius Junior.

The 22-year-old Real Madrid winger has still to secure a place, with Tite keeping under wraps whether he will pair Fred with his Manchester United teammate Casemiro to strengthen the midfield or unleash Vinicius up front alongside Neymar, Richarlison and Raphinha.

“We have no idea who the starting eleven are — we are curious to know what the coach will decide and the competition is relentless to secure a spot,” defender Alex Sandro told reporters on Sunday.

“Yet, regardless of who plays from the start, we are all prepared, we know what the plan is and what we have to do.

“The last few days in Turin were great and the squad is very confident in what we can achieve.”

– Borden: Opener makes clear this will be WC like no other
– World Cup roundup: Benzema out, beer sales nixed, Infantino rants

Brazil started their World Cup preparations at the Juventus training facilities in Italy on Monday, where they held a five-day camp before flying to Doha on Saturday.

In their first training session in Doha on Sunday, Tite ran intense drills working on keeping possession in tight spaces involving the entire squad for a little over an hour.

With no 11-on-11 practice match, however, there were no signs of which players he is planning to start with.

Several countries have suffered injuries but Brazil still have all their players in peak form, which they are celebrating following a busy club schedule especially in Europe.

“I’m sorry for those players who get hurt and will miss the tournament. As to what concerns Brazil have, obviously it’s good to have all the players fit and doing well,” Sandro added.

“It’s a sign that gives us a boost in confidence ahead of what’s coming.”