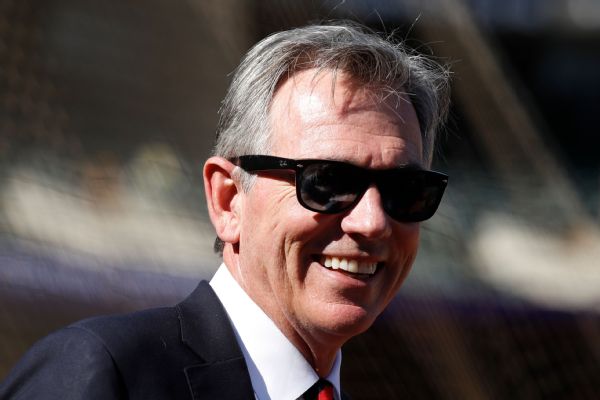 OAKLAND, Calif. — Longtime executive Billy Beane is stepping away from the day-to-day operations of the Oakland Athletics to become the senior advisor to owner John Fisher.

“This is really as much as me taking on a new role but also David taking on a responsibility that he’s earned as one of the probably top executives in the game, truly, in my opinion,” Beane said Friday on a conference call. “The great thing is, as I’ve said in the past, I’m still a member of the Athletics family. I’m very grateful to John and the relationship that we’ve forged over the time since he’s taken over ownership.”

The A’s are seeking to build a new ballpark in Oakland and Beane will help with that effort as well as strategic work in other broad areas. He also is free to continue pursuing non-baseball interests such as ownership stakes in professional soccer clubs abroad and even a cricket team in India.

“Billy is and will always be an Athletic. He is a trusted advisor to me and I look forward to continuing to work closely with him on strategic initiatives that impact our club,” Fisher said. “This position at the ownership level allows Billy to pursue other non-baseball sporting interests while continuing to hold an important role with the A’s and me.”

Forst will lead the A’s after a 102-loss season in manager Mark Kotsay’s first year.

“I personally owe so much to Billy. I tend to think that the sport and the industry do as well,” Forst said. “I just think so much has changed about who is working in baseball over the last 20-plus years that he had a lot to do with, how the game is evaluated, how we see things.”

The 2011 movie “Moneyball” starring Brad Pitt as Beane focused on the 2002 edition of the low-budget A’s and a thrilling 20-game winning streak. Ultimately, Oakland lost in the first round of the playoffs. The film was adapted from the 2003 best seller by Michael Lewis detailing Beane’s unconventional methods and management style in running a ballclub.

The A’s have continued to trade away their top players, unable to sign their top free agents given their financial constraints.

“There’s no denying the impact that ‘Moneyball’ and Billy’s high profile had on how we operate now in baseball and how the game is viewed,” Forst said.