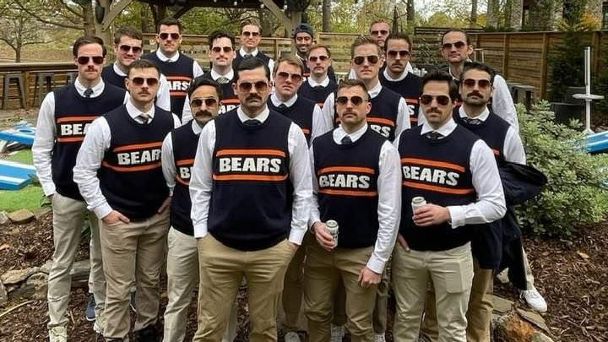 ATLANTA — The Chicago Bears were on the road Sunday against the Atlanta Falcons, but they were well represented inside Mercedes Benz Stadium — including by fans at a bachelor party dressed up in Mike Ditka outfits.

A group of 18 Bears fans donned Ditka’s famous sweater vest and khakis look, complete with mustaches and the former Bears coach’s signature aviator sunglasses. A tweet from the brother of one of the bachelor party attendees said that the group was headed to the Bears-Falcons game as part of their weekend festivities.