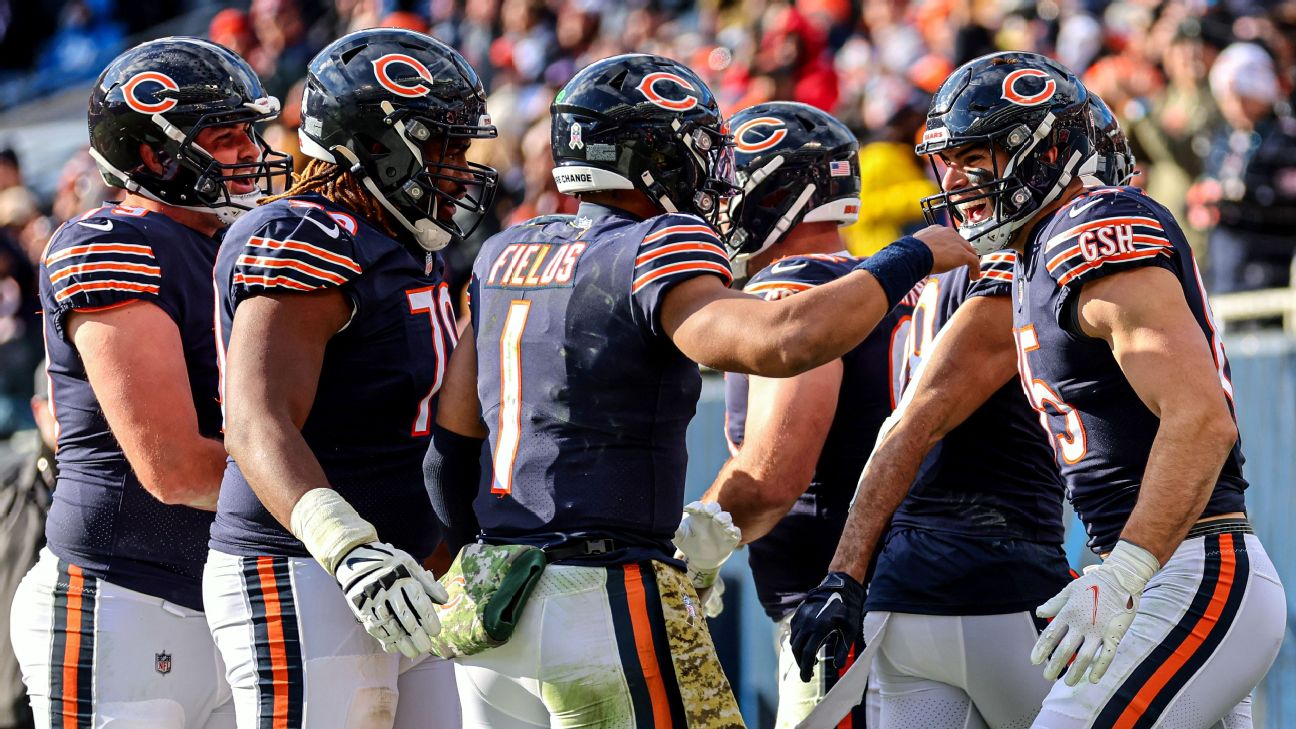 Prior to Chicago’s Week 8 loss at Dallas, Kmet had gone 28 straight games without a receiving touchdown. Kmet then recorded his first TD reception of 2022 against the Cowboys.

Now the third-year tight end has two receiving touchdowns in each of the past two weeks, including a 50-yard pass he caught from quarterback Justin Fields in the third quarter Sunday against the Detroit Lions to put Chicago up 24-10.

In the fourth quarter, Fields took a ball 67 yards for a touchdown to give Chicago a 30-24 lead with 9:23 to play. Fields topped the mark he set last week with the longest run by a Bears quarterback after rushing 61 yards for a touchdown against Miami. He is the first Bears player with multiple 60-yard rushing touchdowns in a season since Bill Osmanski reached that mark in 1939.

The Bears’ dominant rushing attack had put up 172 yards on the Lions, making the threat of the run Detroit’s focus on a second-and-1 play when Fields utilized play-action to his advantage to find Kmet wide open downfield.

Fields, meanwhile, is the third QB in the Super Bowl Era to record two passing touchdowns and a rushing TD in three straight games, joining Michael Vick in 2010 and Steve Grogan in 1976.