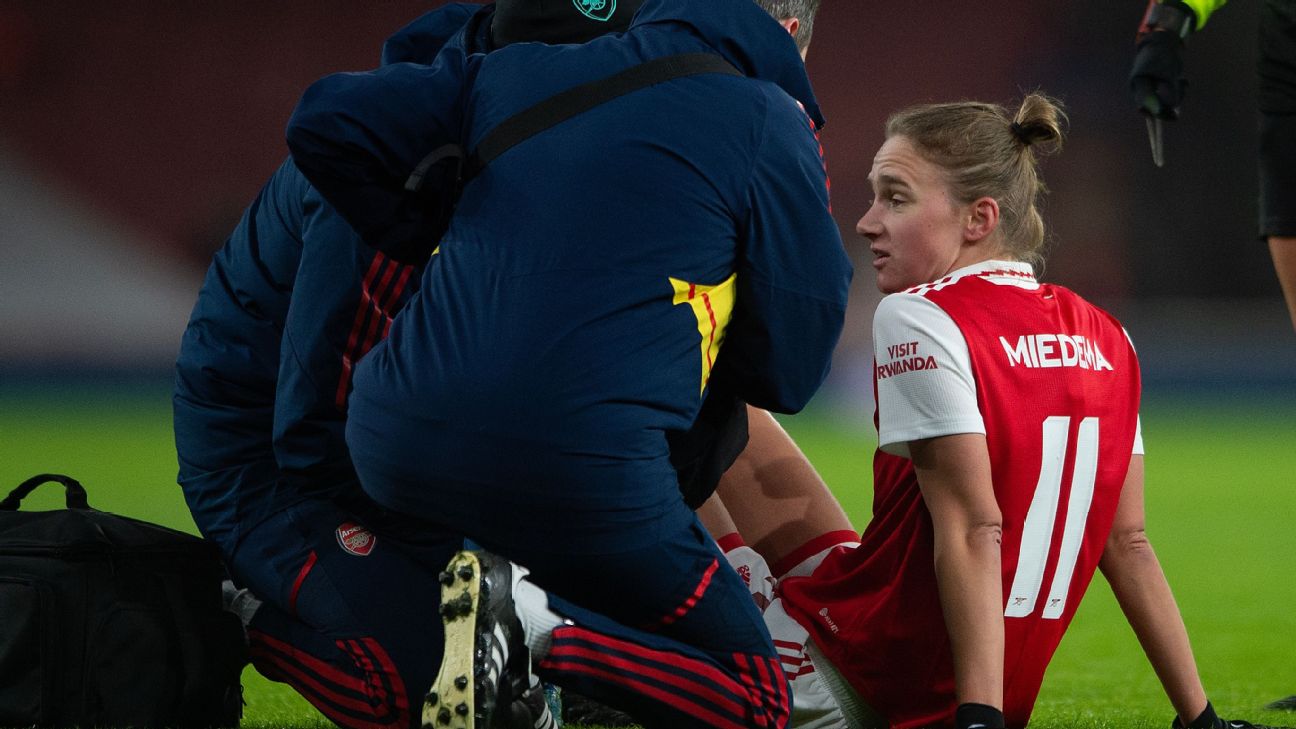 Arsenal forward Vivianne Miedema has announced she will undergo surgery after rupturing her anterior cruciate ligament in her side’s Champions League defeat to Lyon on Tuesday.

The Netherlands international went down under no contact in the first half after landing awkwardly as she challenged for a loose ball, causing her to be taken off on a stretcher.

The injury leaves Arsenal without both of their leading forwards with Beth Mead also recovering from a ruptured ACL.

“It was one of those moments, where I knew straight away,” Miedema said in a statement posted to social media.

“There’s so many things going through your head. I won’t be able to help my team anymore this season, no World Cup, surgery and rehab for a long long time.

“It will be tough with plenty of difficult days. There will be plenty of crying, which we’ve had a lot of already, but sadly enough it’s part of football.

“I’m lucky enough to have amazing teammates, friends and family around me and Beth, who can guide me through everything that’s coming while only being a couple of weeks ahead of me.”

Miedema will now be a doubt for this summer’s Women’s World Cup in Australia and New Zealand. She is the Netherlands women’s all-time leading scorer — with 95 goals in 115 international appearances — and helped the nation reach the final of the 2019 World Cup.

Information from the Associated Press contributed to this report.