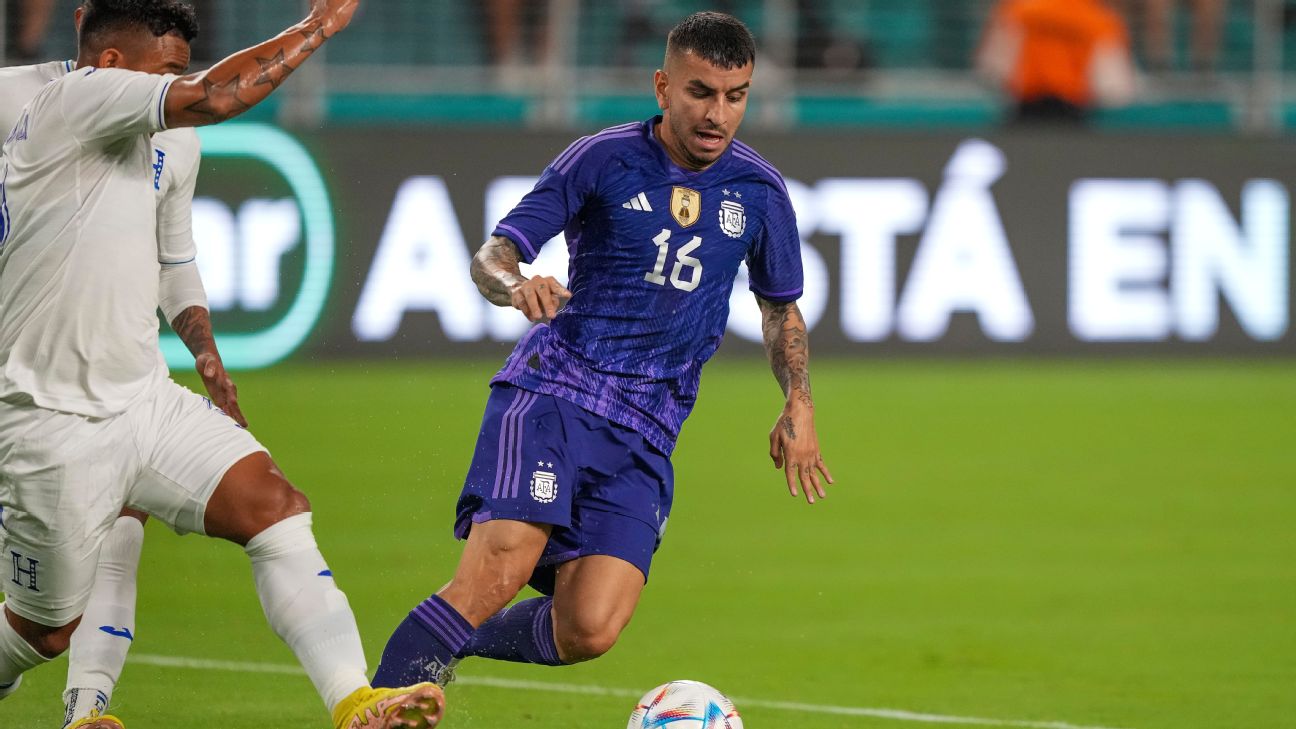 Argentina have called up Angel Correa and Thiago Almada as a replacements after forwards Nicolas Gonzalez and Joaquin Correa were ruled out of the World Cup due to injury on Thursday.

Fiorentina‘s Gonzalez sustained a muscular injury in Thursday’s training session, the Argentina FA announced, while Inter Milan‘s Joaquin Correa was removed due to an undisclosed injury.

Angel Correa, 27, has scored four goals in 21 appearances for Atletico Madrid this season. He was a member of Argentina’s 2021 Copa America winning side.

Almada, 21, just completed his first season in Major League Soccer with Atlanta United, where he scored six goals and added 12 assists in 29 appearances to earn the league’s newcomer of the year award.

The former Velez Sarsfield midfielder made his debut for Argentina in a friendly against Honduras in September.

The Albiceleste begin their World Cup campaign against Saudi Arabia on Nov. 22.

Argentina coach Lionel Scaloni already stated after Wednesday’s 5-0 win over the United Arab Emirates that he could make changes to his World Cup squad.

Teams have until 24 hours before their first game in the tournament to make alterations to their roster if injuries occur.

“We have some little problems, we have days to decide the list,” Scaloni said.

“We can make changes. There is the possibility. It’s obvious that there are players that are not well, they are not available to play or there is a risk. Hence, I cannot guarantee that those players are well. We have to be cautious.”