Anfield legend Suarez warned me not to screw up again 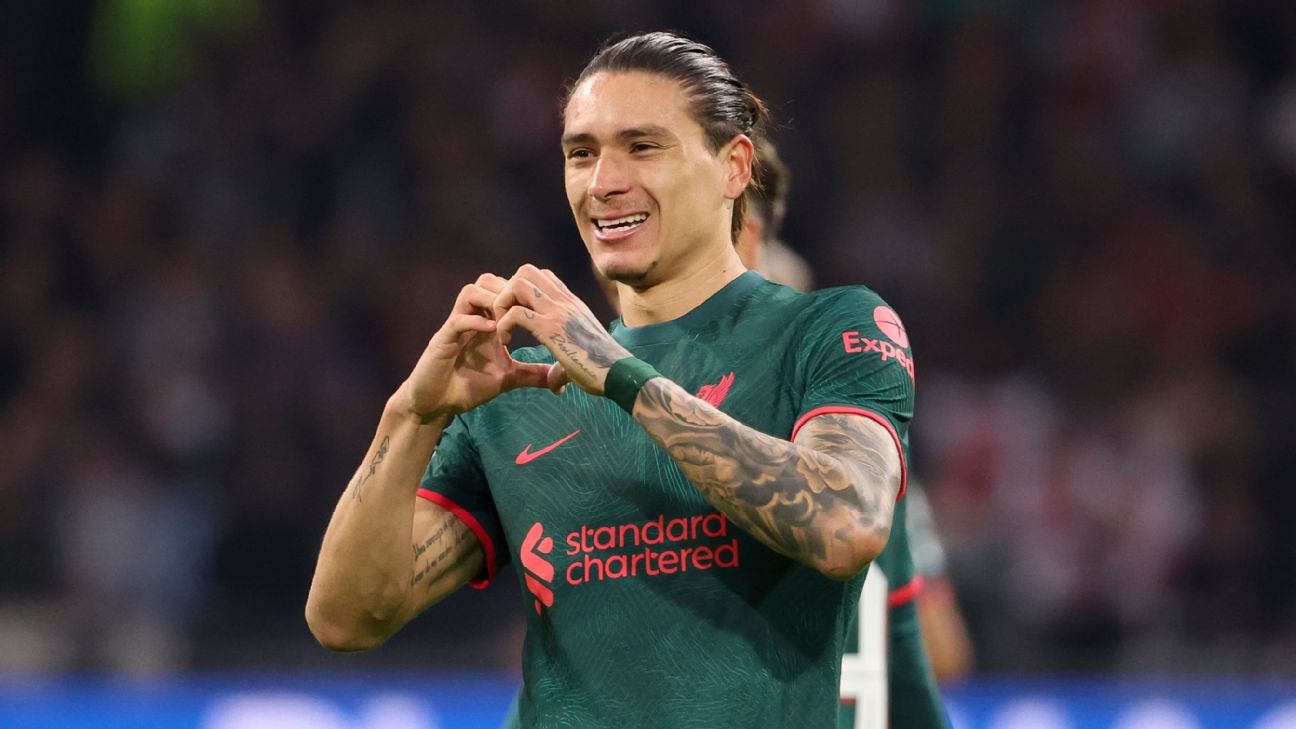 Liverpool striker Darwin Nunez has told ESPN that Luis Suarez messaged him with advice after his red card against Crystal Palace, telling him to become “strong” if he wanted to succeed in the Premier League.

Nunez has experienced a mixed start to his Liverpool career since joining from Benfica this summer and was sent off earlier this season after headbutting Joachim Andersen in a 1-1 draw with Crystal Palace.

That prompted fellow Uruguay international and former Anfield hero Suarez to send a message to Nunez with some pointers on how not to rise to provocation from defenders in the English top-flight.

“It was a good thing because not many would bother themselves to pick up the phone and send you a message — I think his gesture was really important for me,” Nunez told ESPN.

“Luis is a reference point, an idol everywhere in the world. I’m getting started, I’m young, and he knows about all those things because he already played in the Premier League with Liverpool.

“Luis told me that these things will happen in every game in the Premier League, that they’ll come and find me, that they’re going to bump into me, and that I need to make myself strong and not repeat my screw-up.

“He said: ‘Listen to an idiot like me.’ I really appreciate that message and the fondness he has for me.”

Liverpool signed Nunez for a fee which sources told ESPN was worth up to €100 million. He has scored six goals in 13 games across all competitions since then.

Suarez scored 82 goals in 133 games for Liverpool from 2011-2014 before leaving for Barcelona, lifting the League Cup in 2012 and leading an unsuccessful Premier League title challenge in 2013-14.

Anfield legend Suarez warned me not to screw up again