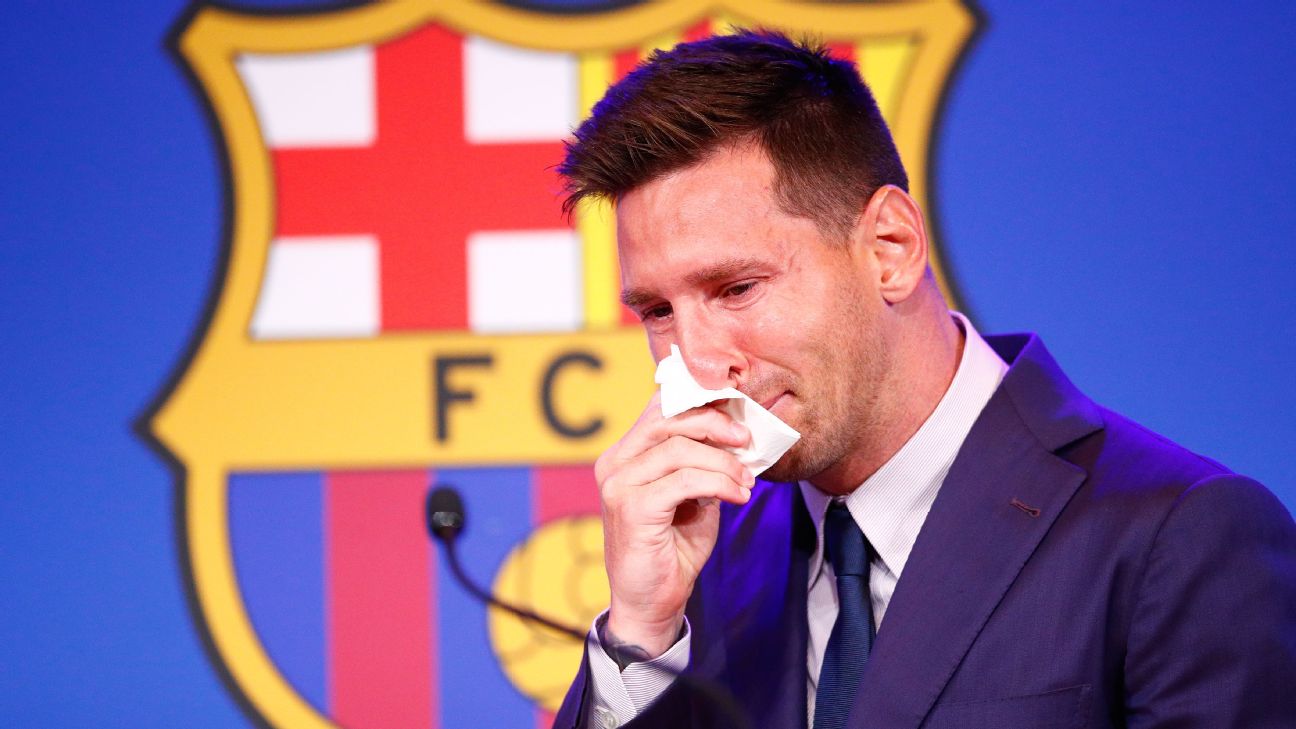 A new documentary promises to go inside Lionel Messi‘s initial request to leave Barcelona, his final season at Camp Nou and his eventual departure, the Catalan club revealed on Thursday.

The documentary will also feature behind-the-scenes footage from Barca’s 8-2 Champions League collapse against Bayern Munich, the sacking of Quique Setien, Luis Suarez‘s move to Atletico Madrid and the hiring and firing of Ronald Koeman.

It will also include the election of Joan Laporta as Barca president for a second time, the return of Xavi Hernandez as first-team coach and end with a summer that saw the club invest over €150 million on players such as Robert Lewandowski.

The docuseries, which is called “Barcelona, a new era,” will be available to watch in December on Prime Video. It will consist of five 30-minute episodes.

“The documentary reveals the ins and outs of the last two years of the club seen from the perspective of the first team,” Barca said in a statement on Thursday.

“It covers the process of rebuilding the squad and the economic and institutional regeneration of the club.”

The 8-2 defeat to Bayern in 2020 triggered the dismissal of Setien, a clearout of the squad and a transfer request from Messi due to his “distancing from president Josep Maria Bartomeu,” Barca’s statement adds.

Messi ended up staying and playing on for a season under Koeman, although it proved to be his last campaign in Barca colours as newly-elected president Laporta was forced to let him go because he could not afford to keep him.

Messi joined Paris Saint-Germain as a free agent and the documentary vows to take viewers behind the scenes of his final 12 months in Catalonia at the same time as showing some of the other significant moments the club have been through during the last two years.