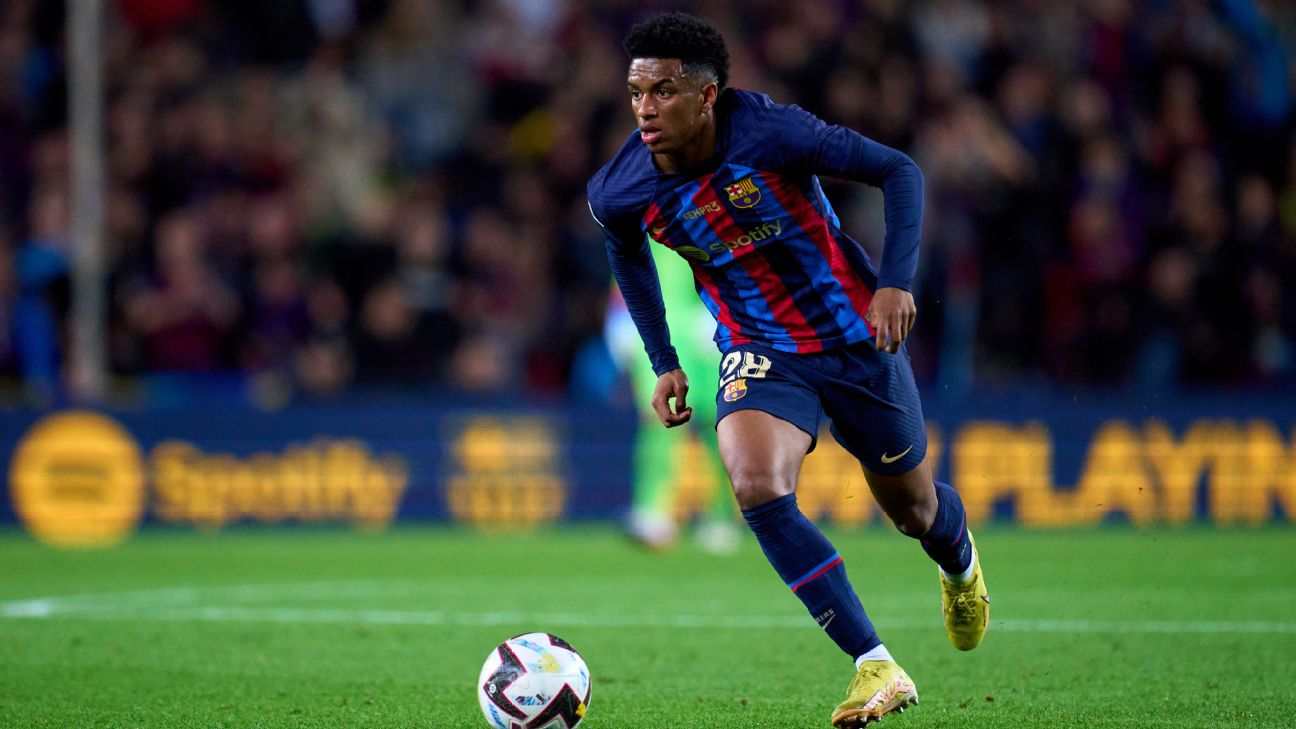 Barcelona youngster Alejandro Balde has been called up to Spain‘s World Cup squad to take the place of the injured Jose Luis Gaya.

Valencia left-back Gaya sprained his ankle in training on Wednesday and will be sidelined for around 10 days, ruling him out of the group games against Costa Rica and Germany.

Luis Enrique had considered keeping Gaya in Qatar but on Friday decided to call up Balde ahead of Wednesday’s opening game against Costa Rica at the Al Thumama Stadium.

Barca’s Jordi Alba is the only other available left-back in the squad, while Manchester City‘s Aymeric Laporte played there for an hour in Thursday’s friendly win over Jordan.

Balde, 19, has never been capped by Spain at senior level and had been due to play for the U21s against Japan on Friday before his late call-up.

He gets the nod over teammate Marcos Alonso, who has played six times for Spain under Luis Enrique, and takes the total number of Barca players in La Roja‘s squad to eight.

There had been a growing clamour for Balde’s inclusion in the build-up to the tournament on the back of his form for Barcelona this season, but Gaya and Alba were preferred.

Ronald Koeman handed him his first-team debut last year and he has consolidated his place in Xavi Hernandez’s side this term, often keeping out Alba and Alonso.

Balde, who has been at Barcelona since 2011, has made 16 appearances in all competitions this season, playing mainly as a left-back but also helping out at right-back due to injuries elsewhere in defence.

Spain, the 2010 winners, kick off their World Cup campaign against Costa Rica before games against Germany and Japan for a place in the knockout rounds in Qatar.

Luis Enrique’s side warmed up for the tournament with a 3-1 win over Jordan on Thursday, with Ansu Fati, Gavi and Nico Williams all on target.