Adam Wainwright to return for 18th season with Cardinals 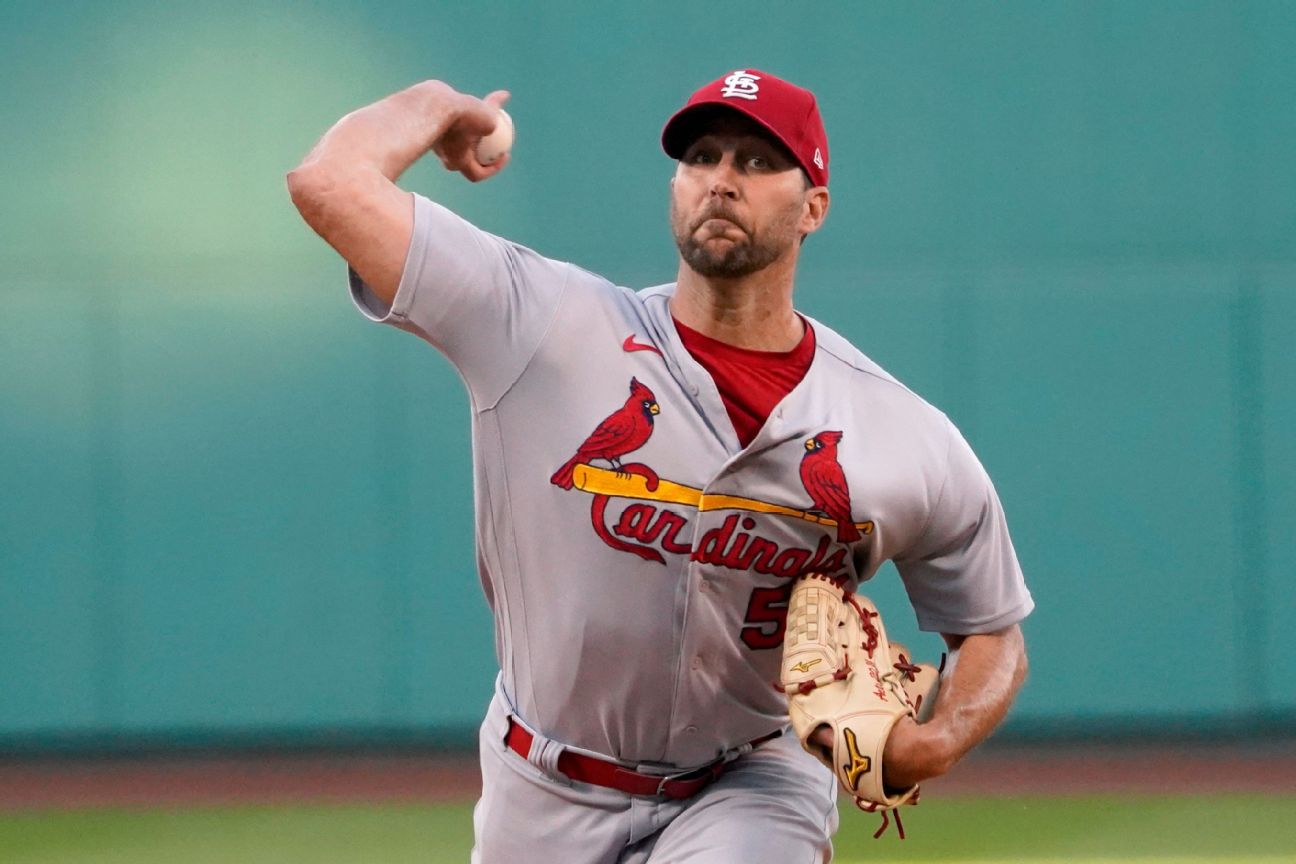 Adam Wainwright will pitch for the St. Louis Cardinals next season, choosing to return for an 18th with the club while longtime teammates Albert Pujols and Yadier Molina head into retirement.

Cardinals president John Mozeliak said Wednesday that the 41-year-old Wainwright informed the NL Central champions of his decision to return shortly after they were eliminated by the Philadelphia Phillies in the wild-card round of the playoffs. Wainwright did not pitch during either game in part because he had struggled with his delivery late in the season.

Wainwright finished 11-12 with a 3.71 ERA in 32 start, his first losing season in which he made at least 20 starts. He won just twice over his final six starts, though, and had a 7.22 ERA while dealing with what he called a “dead arm.”

Wainwright earned $17.5 million on a one-year deal last season. Terms of his contract for 2023 have not been disclosed.

The right-hander will head into next season needing five wins to reach 200 for his career. Wainwright is 15 behind Jesse Haines for the second-most wins in franchise history; Bob Gibson is the leader with 251 of them.

Wainwright and Molina set the major league record for career starts as a battery last season, eventually hitting 328 starts together. But with Molina heading into retirement, Andrew Knizner is in line to be the everyday catcher, though Mozeliak did indicate Wednesday that the club would be in the market for help behind the plate.

In other news, Mozeliak said he was willing to offer new contracts to pitching coach Mike Maddux and hitting coach Jeff Albert but both decided to step away. The 61-year-old Maddux had been with the Cardinals since 2018 and Albert spent time with the Astros before taking over as the Cardinals hitting coach ahead of the 2019 season.

The Cardinals had already lost bench coach Skip Schumacher to the Marlins as their manager this week. And with bullpen coach Bryan Eversgerd being reassigned as a special assistant within the organization, Cardinals manager Oliver Marmol will have four spots to replace on his staff heading into his second season in charge.

Turner Ward, who had been the assistant hitting coach, could be a candidate for promotion. Pitching strategist Dusty Blake also will be back and could be among the candidates to replace Maddux as the pitching coach.

Adam Wainwright to return for 18th season with Cardinals