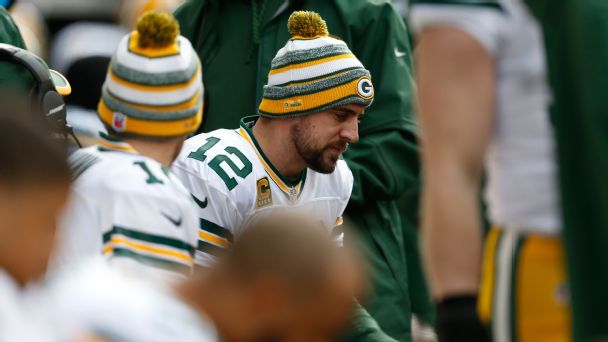 GREEN BAY, Wis. — Aaron Rodgers had not yet seen the video of Tom Brady throwing a tablet on the Tampa Bay Buccaneers sideline during a frustrating portion of Sunday’s game against the New Orleans Saints in the third quarter.

But on Wednesday, the Green Bay Packers quarterback wanted to note that if Brady threw it, it was different from his now infamous tablet treatment during the 2015 season in a game against the Carolina Panthers.

“I don’t think I threw it hard enough for any damage to happen to it,” Rodgers added.

Brady apologized for “breaking the tablet” — the second time he’s tossed one against the Saints — and predicted it would “become another tweeter meme.”

He did it after seeing a picture of Randall Cobb wide open in the end zone for a potential game-tying touchdown on fourth-and-goal late in a matchup against the Carolina Panthers in 2015. Rodgers said at the time that he “got scared by something” and missed Cobb.

Ahead of Sunday’s Packers-Buccaneers game in Tampa, Rodgers said that it was the first time he’d ever done it at all. And he hasn’t done it since even though he’s been tempted.

For the record – and with Tom Brady apologizing for “breaking the tablet” in frustration last Sunday against the Saints – Aaron Rodgers said today he didn’t throw this one hard enough in 2015.

“Tempted? Aw, s—, all the time,” Rodgers said. “Actually doing? I’ve done it once. Not the tablet’s fault, but it’s hard to remind yourself of that in the moment … I’ve tossed it to where it’s hit the ground only one time. I might’ve tossed it to one of the guys who holds onto it, but I’ve only tossed it once. And it wasn’t an intent to smash it. It was just, ‘Get away from me.”’