A two-conference CFP and the chances for one-loss teams 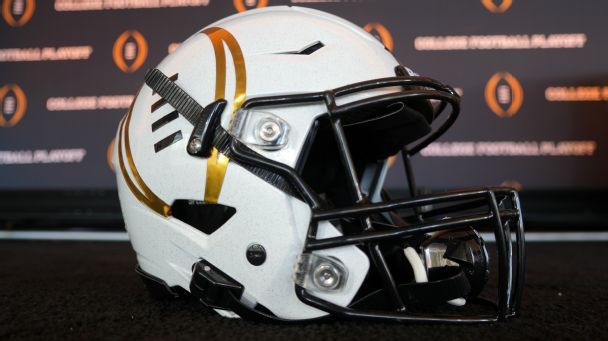 Augmented by Oregon picking up its second loss of the season to Washington last weekend, there is now a 34% chance that the CFP is made up entirely of SEC and Big Ten teams, according to the Allstate Playoff Predictor. That’s just about the same chance that TCU has to earn a berth.

The two conferences are both in the oddly fortunate position of having multiple heavyweights in the same division, meaning they are likely to end up in a situation in which a team that does not end up going to the conference championship game is a strong one-loss contender (Tennessee and either Michigan or Ohio State). That’s how Alabama reached the CFP in the 2017 season, when it went on to win the national championship.

Of the two conferences, the SEC is more likely to put multiple teams in the playoff (with a 66% chance as opposed to 53% chance for the Big Ten) for a few reasons.

For starters, the likely 11-1 contender is Tennessee, which will have a strong résumé thanks to a win over Alabama this season. That could be enough to put the Volunteers over a one-loss Clemson and/or Michigan. Second, there’s still an outside chance LSU wins out, thus opening the door for an LSU-Georgia combination. Lastly, the predictor does still believe Alabama — without a path to the SEC championship game — has a slim chance, though it’s fair to wonder if the model is overrating that possibility, particularly given that it has a head-to-head loss against Tennessee.

The Big Ten can put an 11-1 Michigan in the CFP, but it’s safest bet to putting two teams in the playoff would be for the Wolverines to beat Ohio State and go on to win the conference. That’s because Ohio State would have a better chance as a one-loss non-champion due to its team quality (No. 2 in FPI rank).

I find it helpful to actually play out a scenario and see what the model says.

Let’s say Georgia, Ohio State, TCU and USC all win out and Tennessee, Clemson and Michigan all finish with one loss. That effectively leaves four teams — Clemson, Tennessee, Michigan and USC — for one spot. While that is too specific of a scenario for the predictor to generate exact probabilities, it thinks all four would have a chance, with Tennessee and Clemson the most likely to take home the spot and USC the least likely.

Let’s remove TCU from the equation with a loss at Baylor. Now it’s four teams for two spots, and we can show probabilities for the four schools: Tennessee at 52%, Clemson 52%, Michigan 38%, USC 36%.

No matter what, it’s a tight decision for the committee!

Ultimately from the model’s perspective, Tennessee and Clemson each have something to offer over, say, Michigan. Tennessee has the much tougher schedule (the Volunteers are projected to have the eighth-most difficult strength of schedule, while Michigan is expected to be 35th toughest), and Clemson, while it will have an easier schedule, would have a conference championship. None of that rules Michigan out — it just moves the needle in Tennessee’s and Clemson’s favor.

The predictor is down on the Trojans because they have a weak schedule (56th-most difficult) and a poor Football Power Index rank (14th). A conference championship could make up for that, which is why the Trojans definitely have a chance. But those first two factors are a drag.

So where does it leave these teams?

Aside from the obvious need to win themselves, they should be cheering for mayhem elsewhere. Tennessee fans want Ohio State to beat Michigan and for Clemson and USC to stumble.

USC is hoping for the same, minus its own loss and maybe praying for a Volunteers upset loss to South Carolina.

Michigan, if it can’t overcome Ohio State, would be better off with Clemson, Tennessee and USC having imperfect finishes. Even TCU doesn’t have it that simple: win and in, sure. But an 11-1 conference champion TCU shouldn’t be totally ruled out either, depending on what happens elsewhere.

The name of the game: Root for chaos.

A two-conference CFP and the chances for one-loss teams